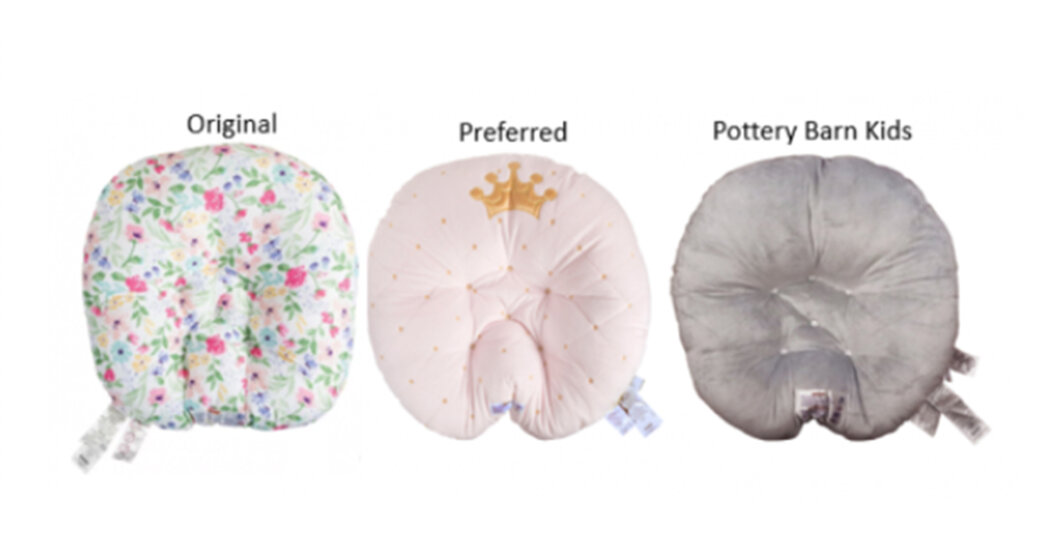 
A prominent baby-product manufacturer is recalling 3.3 million lounger pads for newborns after at least eight infant deaths were associated with the pillows in less than five years, federal safety regulators said on Thursday.

The pillowlike pads, made by the Boppy Company, are not safe for babies to sleep in because they can cause suffocation, the Consumer Product Safety Commission said.

Federal regulators say that the deaths, which were reported from December 2015 to June 2020, occurred after the babies were placed on their backs, sides or stomachs in the loungers.

The recall came nearly a year after the commission said that it was investigating the entire product class of lounging pads and nursing pillows, which it warned should not be used by sleeping babies.

“These types of incidents are heartbreaking,” Robert S. Adler, acting chairman of the safety commission, said in a statement on Thursday. “Since we know that infants sleep so much of the time — even in products not intended for sleep — and since suffocation can happen so quickly, these Boppy lounger products are simply too risky to remain on the market.”

The recall covers all models of the newborn lounger, including the original and “preferred” versions, as well as a line sold through Pottery Barn Kids.

The loungers were sold from January 2004 through September 2021, according to Boppy, which is based in Golden, Colo. The retailers that carried them included Target, Walmart and Amazon, Boppy said.

In a statement issued through the commission, a representative for Boppy said the company was devastated by the deaths associated with the loungers.

“Boppy is committed to doing everything possible to safeguard babies, including communicating the safe use of our products to parents and caregivers, and educating the public about the importance of following all warnings and instructions and the risks associated with unsafe sleep practices for infants,” the statement said. “The lounger was not marketed as an infant sleep product and includes warnings against unsupervised use.”

People who bought the lounger pads should stop using them immediately and contact Boppy for a refund, federal safety regulators said.

A product page on the Pottery Barn Kids website said that the Boppy newborn lounger was no longer available. A description of the product said: “Your baby can rest safely in this cozy and comfortable pillow. Created especially for newborns, it allows mom or dad a few minutes of supervised, but hands-free time.”

Pottery Barn Kids did not immediately respond to a request for comment on Thursday.

About 35,000 of the loungers were sold in Canada, according to the safety commission.

Federal safety regulators reminded that “the best place for a baby to sleep is on a firm, flat surface in a crib, bassinet or play yard.”

“Parents and caregivers should never add blankets, pillows, padded crib bumpers or other items to an infant’s sleeping environment,” the commission said. “Babies should always be placed to sleep on their backs.”