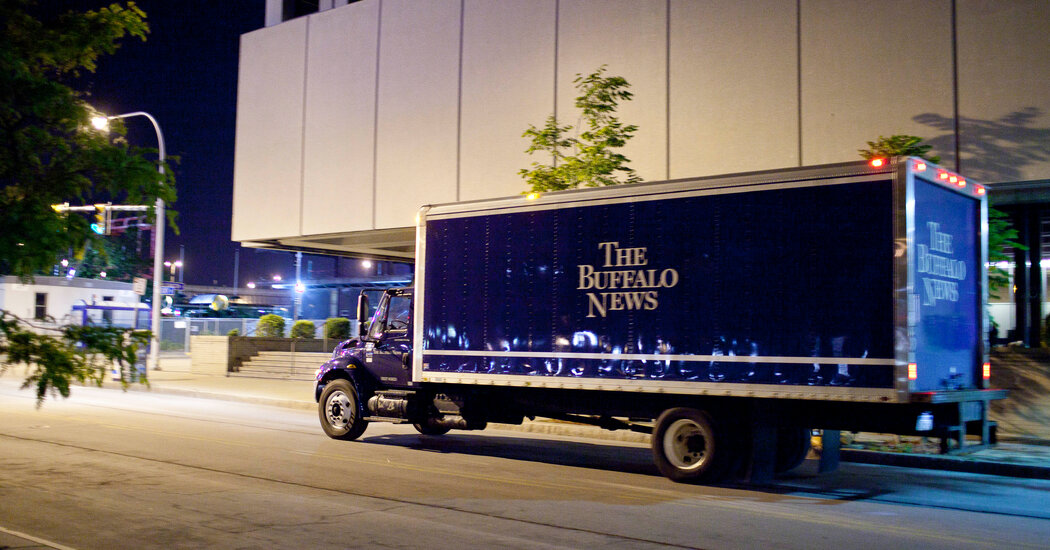 
The newspaper chain Lee Enterprises announced on Thursday that it had rejected a takeover bid by the New York hedge fund Alden Global Capital, saying in a statement that the offer “grossly undervalues” the publisher of 90 dailies including The Buffalo News, The Omaha World-Herald and The St. Louis Post-Dispatch.

Alden submitted its unsolicited proposal on Nov. 22, offering to buy Lee, a public company, at $24 a share, or roughly $141 million. Lee said its board of directors voted unanimously, 8-0, against the bid.

Mary Junck, Lee’s chair, said in a statement on Thursday that Alden’s bid “fails to recognize the strength of our business today, as the fastest-growing digital subscription platform in local media, and our compelling future prospects.”

“We remain confident in our ability to create significant value as an independent company,” she said.

J. Carlo Cannell, whose hedge fund is Lee’s largest shareholder, with a more than 8 percent stake, is also opposed to Alden’s bid. “I have greater aspirations for my investors,” Mr. Cannell said in an interview this week, “and I see a path, that won’t be an easy path but it’s not that difficult, to completely rejigger the company and grow it.”

Harris Kupperman, the chief investment officer of the hedge fund Praetorian Capital Management, Lee’s second-largest shareholder, objected to the Alden proposal in a letter to Lee’s board on Wednesday.

Alden already owns a 6 percent stake in Lee and is seeking to add it to its stable of newspaper publishers. The hedge fund controls roughly 200 publications through its MediaNews Group subsidiary. In May, it purchased Tribune Publishing, the company behind metropolitan dailies including The Chicago Tribune and The Baltimore Sun, in a deal valued at $633 million.

Alden’s critics have said that its approach is to buy newspapers and wring profits from them while making drastic cost cuts that are detrimental to local journalism. Alden, which did not immediately reply to a request for comment, has said that it saves dying newspapers.

Mr. Cannell, Ms. Junck and Mr. Kupperman argued that Lee’s evolution into a digital-first business will significantly increase its value. Also on Thursday, Lee announced in its year-end earnings report that digital subscriptions to its newspapers had shot up 65 percent.

We use cookies to ensure that we give you the best experience on our website. If you continue to use this site we will assume that you are happy with it.Ok