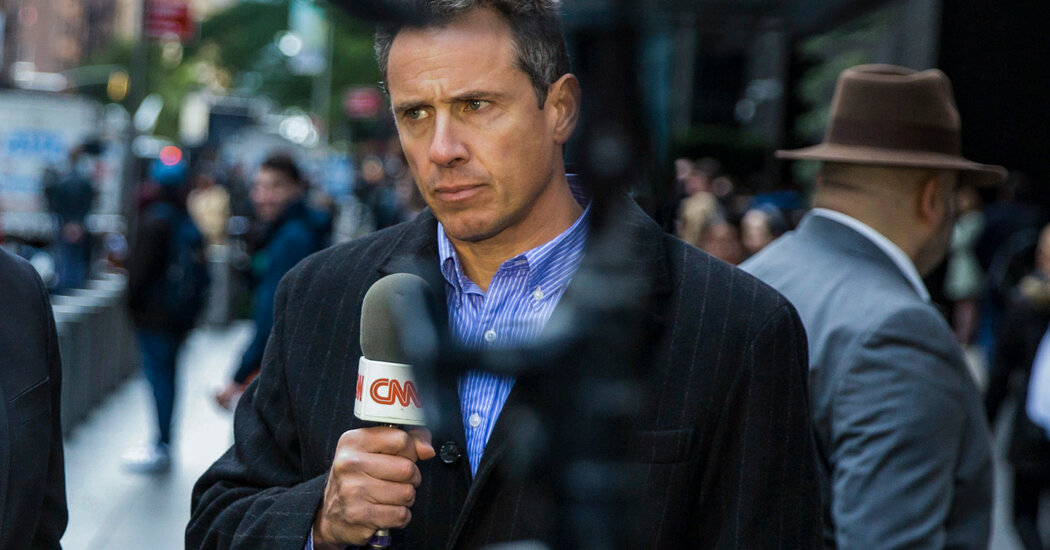 
Chris Cuomo said on Monday that he was ending his daily SiriusXM radio program, two days after he was fired by CNN after an allegation of workplace sexual misconduct and amid an inquiry into his efforts to aid his brother, former Gov. Andrew Cuomo of New York.

“The way my time ended at CNN was hard,” Chris Cuomo, who has denied the misconduct allegation, wrote in a statement on Monday posted to his social media. “While I have a thick skin, I also have a family, for whom the past week has been extraordinarily difficult. So, right now, I have to take a step back and focus on what comes next. That means I will no longer be doing my SiriusXM radio show.”

The live two-hour radio program — “Let’s Get After It,” named for one of Mr. Cuomo’s on-air catchphrases — began in 2018, shortly after he ascended to the coveted 9 p.m. spot on CNN. A spokesman for SiriusXM, Patrick Reilly, confirmed on Monday that Mr. Cuomo’s show would no longer air. “We thank Chris for his work at SiriusXM,” Mr. Reilly said.

SiriusXM is controlled by Liberty Media, whose billionaire chairman, John Malone, is one of the primary shareholders in Discovery Inc., the media company that could soon merge with CNN’s parent company, Warner Media, if the deal is approved by regulators. Mr. Malone would sit on the board of the new combined company.

CNN fired Mr. Cuomo on Saturday, citing a review of his behind-the-scenes activities with his brother’s political team earlier this year, when the former governor was facing a series of sexual harassment allegations that ultimately led to his resignation.

CNN also received a complaint last week from a lawyer representing a former junior colleague of Mr. Cuomo’s at another network. The complaint detailed an allegation of sexual misconduct against the anchor. Mr. Cuomo, through a spokesman, said “these apparently anonymous allegations are not true.”

“Let’s Get After It” aired on Monday with a guest host, the former ABC journalist Brian Ross. In his Monday statement, Mr. Cuomo offered a farewell to his radio program’s listeners. “I will miss our conversations a great deal,” Mr. Cuomo wrote. “But I look forward to being back in touch with you all in the future.”