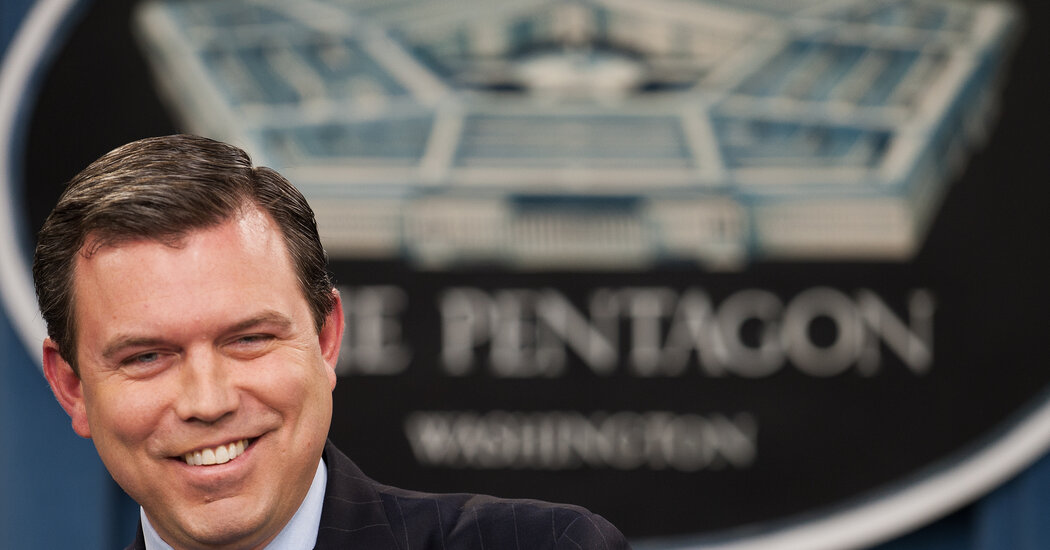 
The Walt Disney Company has found a new image protector and polisher: Geoff Morrell, 53, who helped the fossil fuel giant BP brighten its reputation after the 2010 Deepwater Horizon oil rig disaster and who served as the Pentagon’s press secretary during the Iraq war.

Mr. Morrell faces many challenges. Disney is going through a choppy regime change: Mr. Chapek became chief executive last year, but his well-liked predecessor, Robert A. Iger, has remained as executive chairman. (He leaves for good on Dec. 31.) The company is also trying to transform itself into a streaming titan while dealing with a shift in the country’s culture: Its family-friendly brand is meant to be for everyone, but neutrality in today’s hyperpartisan world is almost impossible.

Mr. Morrell’s hiring, first reported by The Hollywood Reporter, ends a guessing game about who Mr. Chapek would select to succeed Zenia B. Mucha, who announced her retirement as Disney’s chief communications officer in July. Among other duties, Ms. Mucha, 65, commanded Disney’s 500-person global media relations team for 19 years.

Mr. Morrell will relocate to Los Angeles from London, where BP is based. He will start at Disney at the end of January. “Few companies are as beloved as Disney, and I am committed to doing everything I can to make sure it remains that way,” Mr. Morrell said.

In a memo to BP employees on Tuesday, Bernard Looney, BP’s chief executive, cited the “modernization” that Mr. Morrell brought to the company’s communication efforts. “He helped me change the tone of the corporate voice so that it is hopefully now much more human,” Mr. Looney wrote. Mr. Morrell most recently served at BP as executive vice president of communications and advocacy.

Early in his career, Mr. Morrell was a reporter at ABC News, which is owned by Disney, serving as a White House correspondent from 2004 to 2007. He left journalism in 2007, when he joined the Pentagon during the Bush administration, serving as chief spokesman for Robert M. Gates, the defense secretary, and the U.S. military.

“I trust this guy to do and say what I want,” Mr. Gates wrote of Mr. Morrell in his 2014 memoir, “Duty,” while recounting how he had fought to keep him as Pentagon spokesman when President Barack Obama took over in 2009. Mr. Morrell, he wrote, was “one of the handful of people I could count on to criticize me to my face, to tell me when I had given a poor answer to a question, to question my patience (or impatience) with others in the Pentagon, and to question a decision.”