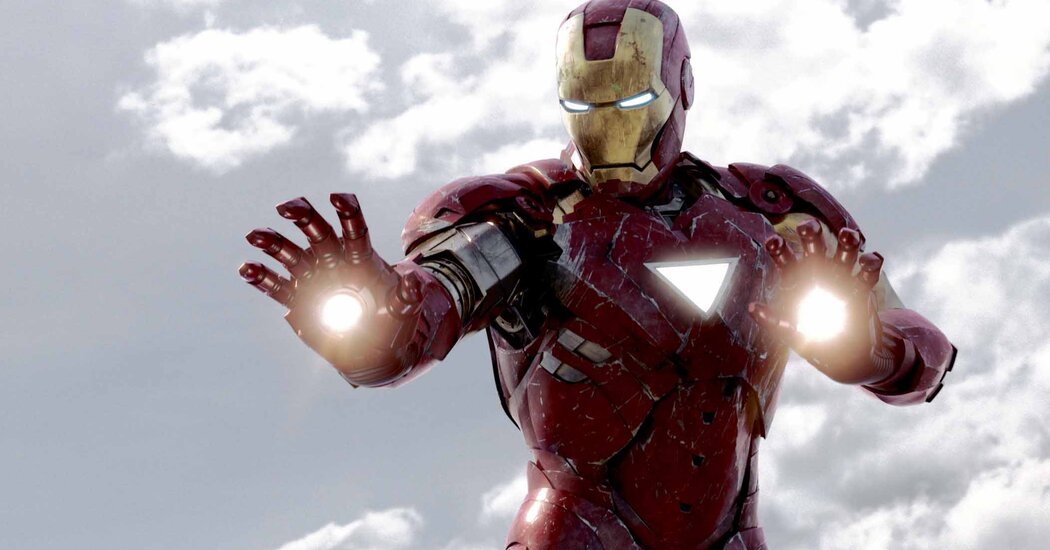 
LOS ANGELES — In an aggressive move to defend its Marvel superhero franchises, the Walt Disney Company on Friday filed a flurry of lawsuits seeking to invalidate copyright-termination notices served by artists and illustrators involved with marquee characters like Iron Man, Spider-Man and Thor.

The dispute started in the spring, when a prominent Hollywood intellectual property lawyer, Marc Toberoff, served Marvel Entertainment, which is owned by Disney, with notices of copyright termination on behalf of five clients. They include Lawrence D. Lieber, 89, a comics writer and artist known for his 1960s-era contributions to bedrock Marvel characters. Mr. Lieber’s older brother, Stan Lee, was chief writer and editor of Marvel Comics. Mr. Lee died in 2018.

Mr. Toberoff’s other clients are the estates of the comics illustrators Steve Ditko and Don Heck, and heirs of the writers Don Rico and Gene Colan. They are seeking to reclaim rights related to the Marvel characters they had a hand in creating, including Doctor Strange, Black Widow, Hawkeye, Captain Marvel, Falcon, Blade and the Wizard — several of which have become star revenue generators for Disney, appearing in films and television shows, along with a plethora of merchandise.

The reclamation attempts stem from a provision of copyright law that, under certain conditions, allows authors or their heirs to regain ownership of a product after a given number of years. Such efforts turn on whether authors worked as hired hands or produced the material on their own and then sold it to publishers. The Copyright Revision Act of 1976, which opened the door to termination attempts, bans termination for people who delivered work at the “instance and expense” of an employer.

Disney’s lawsuits, filed in federal courts in New York and California, ask judges to toss out the termination notices. Daniel Petrocelli, the prominent Los Angeles litigator who is representing Disney in the matter, contends that all of the work cited by Mr. Toberoff’s clients was done at Marvel’s instance and expense — an argument that has been successful for Disney in other prominent comics rights cases.

Mr. Toberoff could not immediately be reached for comment. His termination notices expressed the intent to regain copyrights to some creations as early as 2023. If successful, Mr. Toberoff’s clients would receive a portion of profits from new works based on any of the copyrighted material.

Rights issues have become a point of vulnerability in a film industry that is increasingly dependent on “branded entertainment” — anything based on popular material, including comic books, TV cartoons and classic toys. An existing fan base lessens a film’s financial risk.

Disney is known for its aggression in intellectual property fights. The company spent 18 years battling a rights-infringement case involving Winnie the Pooh, ultimately winning. Disney pushed so hard for an extension of copyright terms in 1998 that the resulting law was derisively named the Mickey Mouse Protection Act.

Mr. Toberoff has built a reputation in Hollywood for representing people who claim ownership over old television shows, films or comic book properties. In the 2000s, he scored a notable victory over Warner Bros. involving “The Dukes of Hazzard.” Then came a ruthless legal battle between Mr. Toberoff and Warner over Superman rights, with Mr. Petrocelli representing the studio. Warner ultimately won.

From 2009 to 2013, Mr. Toberoff represented the heirs of the Marvel comic book artist Jack Kirby. They were attempting to reclaim the rights to dozens of characters created or cocreated by Mr. Kirby between 1958 and 1963, including Hulk, Captain America and the X-Men. Two courts sided with Marvel — which argued that Mr. Kirby’s work was done at Marvel’s instance and expense — and the case was subsequently settled.