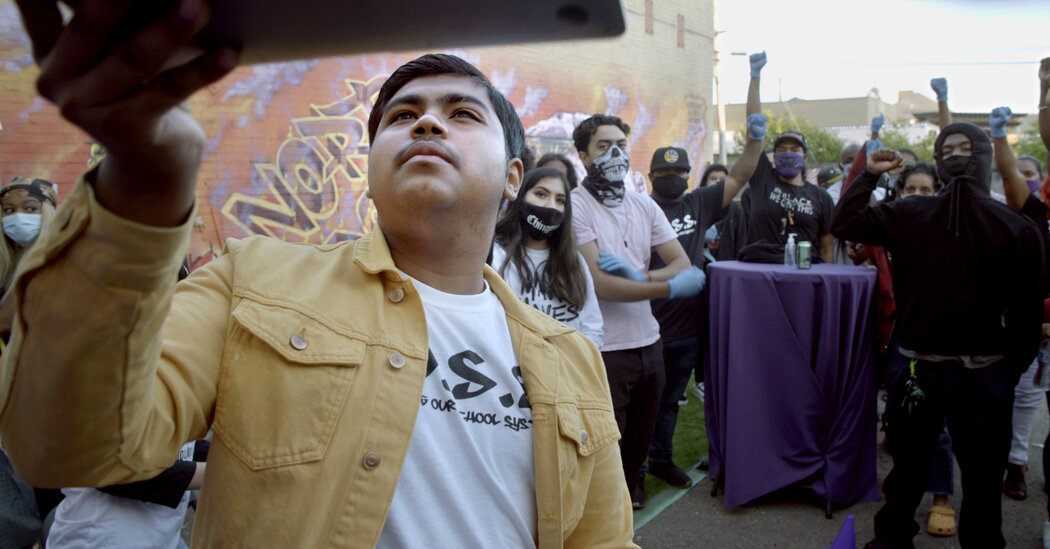 
On their first day of school in 2019, members of the senior class at Oakland High School in Oakland, Calif., looked forward to Instagram posts and a year of tuning out teachers who drone on about math and classroom rules. More engaged classmates, like Denilson Garibo, a student governing board representative, might have anticipated that the year would include social justice organizing. But it would have been hard for the class of 2020 to predict the changes that the Covid-19 pandemic and the George Floyd protests would bring to their lives. This unprecedented year is captured in vérité style in the heartfelt documentary “Homeroom.”

The film maintains a tight structure, beginning on the first day of school and ending with graduation day. The director Peter Nicks shows these students to be socially engaged and thoughtful, and his camera patiently watches as teenagers articulate what they want from their education. School board meetings become a central focus of the film, as Denilson pushes for changes in policy, including a motion to remove police officers from Oakland schools.

Nicks does not disrupt his observations to introduce every pupil by name, nor are there talking-head interviews to pause the action. The editing finds what is harmonious in how these teenagers express themselves, creating the impression of a class that speaks with a unified voice. When the pandemic forces the students into sudden isolation, the loss of their collective energy curbs the film’s momentum, and the contemporaneity of these events means that there is little suspense or surprise in the film’s second half.

But, like a diploma, it’s easy to imagine how the rewards of this carefully observed documentary could accrue with a little time.