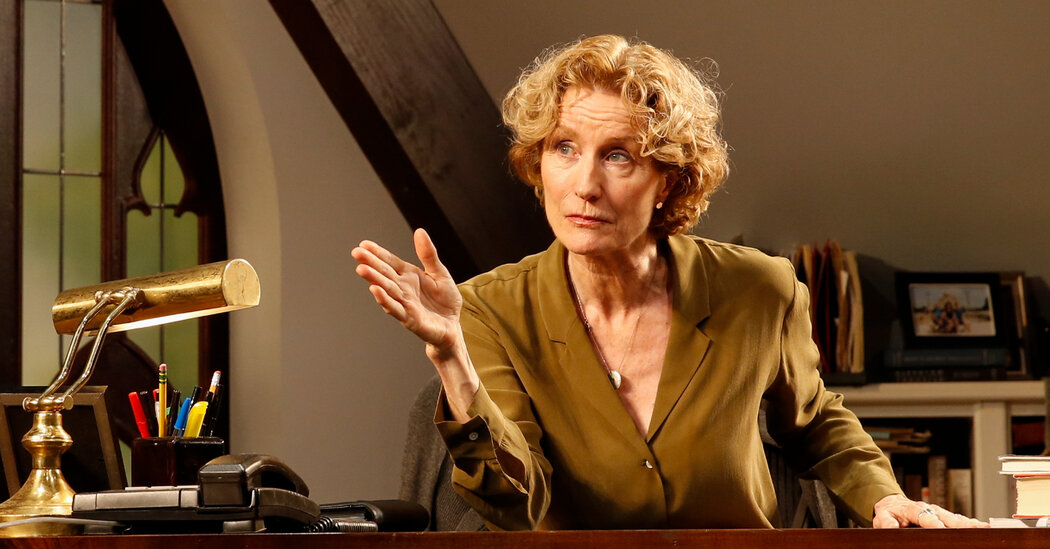 
Two months after a scooter driver hit and killed Lisa Banes, an actress who appeared in more than 80 roles on television and in film, including the thriller “Gone Girl,” a New York man was arrested on Thursday in connection with the fatal collision.

The man, Brian Boyd, 26, was arrested and charged with leaving the scene of an accident resulting in death and failure to yield to a pedestrian, the police said. He was believed to have driven a scooter through a red light near the intersection of Amsterdam Avenue and West 64th Street on the Upper West Side of Manhattan on June 4, striking Ms. Banes, 65, as she crossed the street.

Ms. Banes died 10 days later, on June 14, from head injuries she sustained in the crash.

The police said that Mr. Boyd fled the scene of the collision. Officers on Thursday recognized Mr. Boyd, who resides on the Upper West Side of Manhattan near the intersection where the crash occurred, from a wanted poster. They took him into custody in the lobby of a nearby building around 6:30 p.m., the police said.

It was unclear on Friday whether Mr. Boyd had retained a lawyer, and family members for Mr. Boyd could not immediately be reached. It did not appear that he had been previously arrested in New York City, the police said.

At the time of her death, many actors and playwrights who had worked with Ms. Banes over her decades-long career expressed shock at what happened.

“Her stage presence, magnetism, skill and talent were matched only by her unwavering kindness and graciousness toward all of us,” the actor Seth MacFarlane, who had recently worked with her on a television series, wrote on Twitter. “A tremendous loss.”

Ms. Banes studied at the Juilliard School in Manhattan in the 1970s and rose to prominence on the stage over the next decade.

She landed several Off Broadway roles in the early 1980s, appearing in leading roles in productions of Wendy Kesselman’s “My Sister in This House” and Chekhov’s “Three Sisters,” before making her Broadway debut in the 1988 Neil Simon comedy “Rumors.”

Ms. Banes later began to appear often in film and TV productions, including “The Trials of Rosie O’Neill” in the early 1990s and in 2014, starred alongside Ben Affleck and Rosamund Pike in the movie “Gone Girl,” where she played the mother of a missing woman. She had more recent roles in “Royal Pains,” “Nashville” and “The Orville.”

She lived in Los Angeles at the time of her death, and had been in New York in June visiting friends, some of whom said they had been with her minutes before the crash.

The scooter crash that killed Ms. Banes came as New York has seen a spike in pedestrian deaths from traffic collisions. There have already been 72 pedestrian fatalities so far this year, a spokesman for the city’s Department of Transportation said, a significant increase from the 48 pedestrian deaths recorded by this time last year.

Overall traffic fatalities have reached 154 so far this year, higher than the 119 recorded this time last year, the agency said.