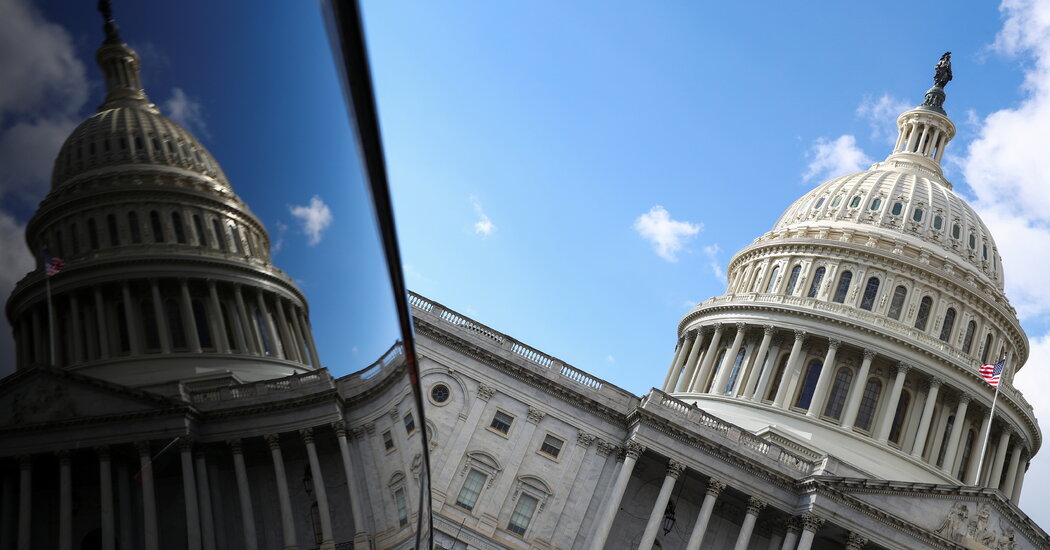 
The Democrats are staring down real danger.

The warning signs are all around.

Democrats are still wrangling over their infrastructure and social spending bills. And the longer the fight drags on, the uglier it looks. Washington watchers are right — to a degree — to say that this is simply the way that large legislation is worked through. It’s a slog.

In the end, I believe that the Democrats will have no choice but to pass something, no matter the size, because the consequence of failure is suicide. Democrats must go into the midterms with something that they can call a win, with something that at least inches closer to the transformations Biden has promised.

But the budget isn’t the only issue.

There is still a crisis at the border. In August, the Pew Research Center noted that the U.S. Border Patrol had reported “nearly 200,000 encounters with migrants along the U.S.-Mexico border in July, the highest monthly total in more than two decades.”

That’s the largest number since Bill Clinton was president.

The handling of Haitian immigrants was a particular blight on the administration, and the images of officers cracking their reins like whips will be hard to erase from memory.

Furthermore, the Senate parliamentarian has advised Democrats against including a pathway to citizenship for Dreamers and other undocumented immigrants in their spending bill. It is not clear if Senate Democrats will try to get around the parliamentarian’s nonbinding ruling, but 92 legal scholars have called on them to do just that.

As for police reform, negotiations on that legislation completely fell apart with customary finger-pointing as the epilogue.

The president has said that, “The White House will continue to consult with the civil rights and law enforcement communities, as well as victims’ families to define a path forward, including through potential further executive actions I can take to advance our efforts to live up to the American ideal of equal justice under law.”

But executive orders are severely limited when it comes to state and local policing, and any order one president issues can be rescinded by the next.

Then there is the massive, widespread assault on voting rights rolling out across the country, what some have rightly referred to as Jim Crow 2.0.

As the Brennan Center for Justice put it earlier this month, “In an unprecedented year so far for voting legislation, 19 states have enacted 33 laws that will make it harder for Americans to vote.”

And yet, it is still not clear if there are enough votes in the Senate to pass voter protections, Senator Joe Manchin hasn’t agreed to change filibuster rules which would allow Democrats to pass the legislation on their own, and Biden has yet to throw his full weight behind the fight to preserve the franchise from Republican assaults.

Not to mention that Covid is still killing far too many Americans. The surge of cases during Biden’s first year ate away at any optimism about the development and administration of vaccines.

Democrats have been unable to deliver much to make their voters happy, and their major agenda items have been stalled in Congress for so long that many of those voters are growing impatient and disillusioned.

As a result, many recent polls have shown Biden’s approval ratings plummeting to the lowest level of his young presidency: According to a recent Quinnipiac University poll, 38 percent of respondents approved of Biden’s job performance, but 53 percent disapproved.

As Quinnipiac University polling analyst Tim Malloy put it, “Battered on trust, doubted on leadership, and challenged on overall competency, President Biden is being hammered on all sides as his approval rating continues its downward slide to a number not seen since the tough scrutiny of the Trump administration.”

Black voters continue to be Biden’s strongest supporters on many of these metrics, but even their support seems disturbingly soft.

Maybe the Democrats will pass a massive spending bill and tout it well, and people will forget their disappointment on other issues and revel in the mound of cash the Democrats plan to spend. Maybe. There is no doubt that this country desperately needs the investments Democrats want to make. In fact, it needs even more investment than the amount Democrats have proposed.

But even if they succeed in passing both the infrastructure framework and the social spending bill, those investments may come too late to discharge growing dissatisfaction. An unpopular president with slipping approval numbers is an injured leader will little political capital to burn.

Biden is better than Trump, but that’s not enough. People didn’t just vote for Biden to vanquish a villain, they also wanted a champion. That champion has yet to emerge.