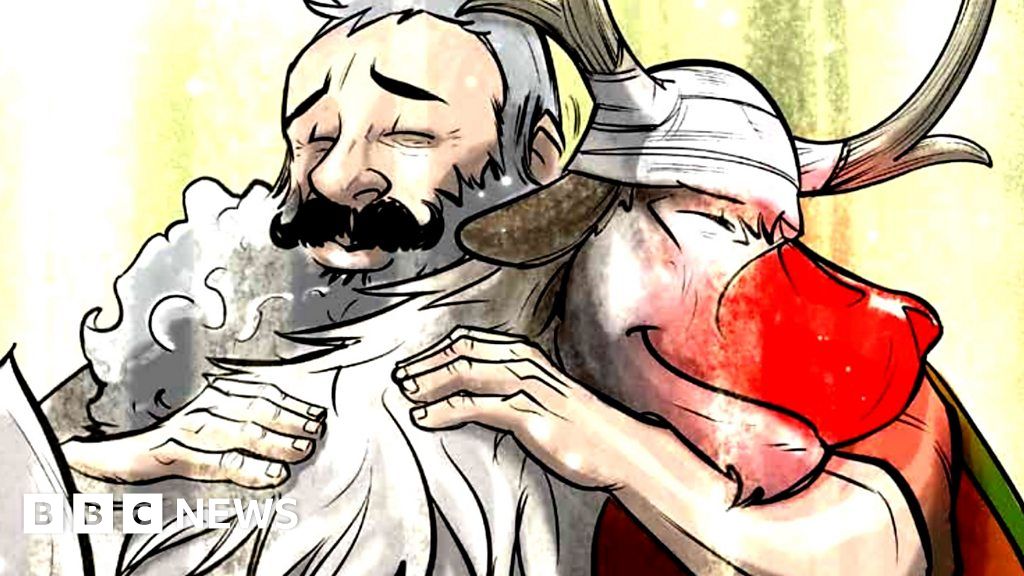 
Sophie McKeown is one of about 2,000 people in Northern Ireland living with the long-term effects of a brain injury.

The two-year-old from County Tyrone caught a virus as a baby. It triggered an autoimmune reaction causing her brain to become inflamed.

“She’s not yet talking, but she has just started to walk which is a massive milestone,” Fiona told BBC News NI.

A new book is helping families like Sophie’s raise awareness and help others to understand more about brain injuries.

Rua’s Sore Head tell’s the story of one of Santa’s reindeer who has a brain injury.

It was written by County Fermanagh woman Sarah Moon, whose son also has a brain injury.

She said: “We all love to have characters to relate to and I thought it would be great if a child like my own had a character to relate to.

“Someone who had been through similar things but it had come out the other side.”

The charity Brain Injury Matters received money from the National Lottery Community Fund to create the book, which will be sent to schools throughout NI.