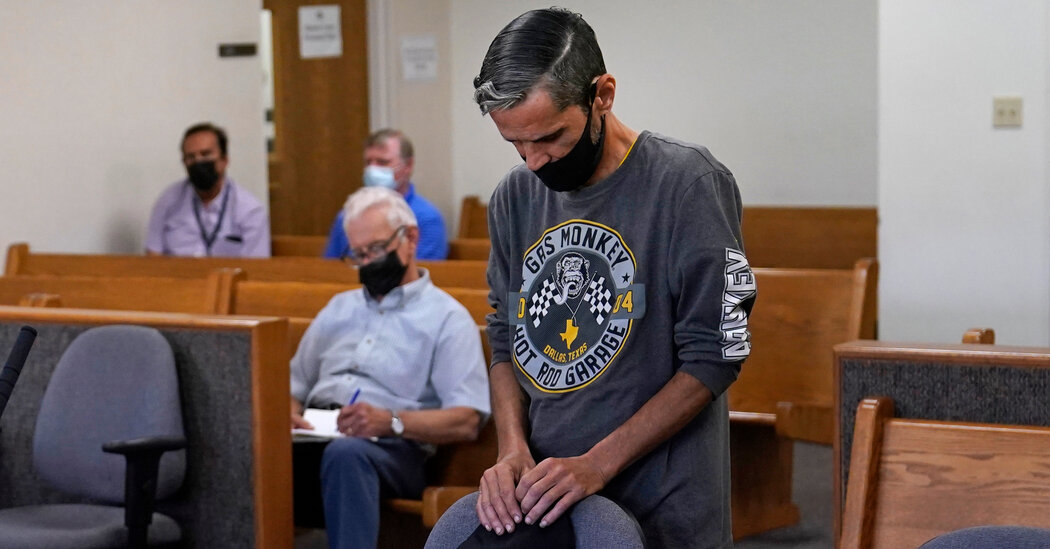 
No one knows exactly how many tenants are in jeopardy, but the Census Bureau reported this week that more than one million people were very likely to face eviction for nonpayment of rent over the next two months, with millions more behind on rent and in arrears.

With no legal avenues remaining to take action on its own, the Biden administration issued a plea to state and local officials on Friday to do more to help.

In a letter, top cabinet members urged governors, mayors, county executives and judges and administrators to extend local eviction moratoriums. The letter, from Treasury Secretary Janet L. Yellen; Marcia L. Fudge, the secretary of housing and urban development; and Attorney General Merrick B. Garland; also asked them to enact policies that would require landlords to apply for federal aid before enforcing evictions and recommended that evictions be delayed while rental aid applications were pending.

The troubles facing the Biden administration’s $46.5 billion emergency rental assistance program were clear this week, when Treasury Department figures showed that 89 percent of the money had yet to be distributed by state and local governments. Just $1.7 billion made it to tenants or landlords in July, as states and cities continue to grapple with how to streamline the application processes.

White House officials acknowledge that the money is not being distributed quickly enough, but point out that not all of it was expected to be deployed by now and contend that critics are overlooking the effect the program has had by exaggerating its slow start.

With the court’s decision looming, the Treasury Department rolled out changes to the program on Wednesday, including additional attempts to absolve local governments of federal punishment if they provided money to those who do not actually need help. The agency issued a directive to local officials that they allow tenants to use self-reported financial information on aid applications as a first, rather than a last, resort, while giving states permission to send bulk payments to landlords and utility companies in anticipation of federal payouts to tenants.

A group of progressive House Democrats wrote a letter to Speaker Nancy Pelosi and Senator Chuck Schumer, the majority leader, calling on congressional leaders to include an extended moratorium that would last through the end of the pandemic in upcoming legislation. An effort by House Democrats to extend the eviction ban failed in July.

Jen Psaki, the White House press secretary, said on Friday that Mr. Biden would welcome congressional action. Barring that, she said the White House was focused on finding other ways to ease the burden on renters by encouraging the delay of evictions and getting financial assistance out the door more quickly.

A senior White House official said there were no long-shot measures that the administration was waiting to deploy. It will continue to see if agencies like HUD can do more to stall evictions and it will accelerate efforts to get states to pump out relief money faster.

The wave of evictions is coming at a fragile juncture for the economic recovery and as the fiscal support that Congress approved during the initial stages of the pandemic is winding down.

The effect on tenants will “vary tremendously from state to state and city to city,” said Diane Yentel, the president of the National Low Income Housing Coalition.

In some states, like California, New Jersey and Virginia, tenants will be temporarily allowed to remain in their homes thanks to statewide protections.

In a statement on Friday, Gov. Kathy Hochul of New York derided the Supreme Court’s decision as “appalling and insensitive.” The state is considering calling a special session of the State Legislature to protect residents from eviction.

But in other states, especially where evictions have already been progressing through the courts, people could lose their homes swiftly.

The eviction process can take anywhere from a matter of days in some states to weeks or months in others. But Ms. Yentel said she expected that many tenants would leave their homes before undergoing a formal eviction process, in an effort to avoid landing an eviction on their record, which would make it harder to find housing in the future.

For tenants in many states, it has been clear for months that they are on their own.

Judges in Texas have been serving evictions since March, when the state Supreme Court refused to extend an order that gave judges the authority to enforce the C.D.C. moratorium. After a Federal District Court in Tennessee found that the moratorium was unlawful in July, judges in parts of Tennessee and Ohio have allowed eviction proceedings to continue as normal.

Elsewhere, landlords have been able to skirt the moratorium by citing reasons other than nonpayment of rent as justification for eviction.

The struggle to get assistance to tenants is in many ways just an illustration of a fact that has been true for several decades: The United States has never had or tried to build a nation-level system to keep its citizens secure in their homes. Now it is trying to establish one on the fly, during a pandemic, with predictable results.

While rental aid is now flowing much faster — since June, California has more than quadrupled its pace of payments — many of the country’s most vulnerable tenants live in informal housing arrangements like illegal garage conversions or packed apartments with one leaseholder, making it difficult for aid programs that often require lease agreements to reach.

Across the country, the news of the moratorium ending filled struggling tenants with fear.

Brian Fitzpatrick, 59, fell behind on the monthly rent of $550 for his one-bedroom apartment in St. Louis after his unemployment benefits expired and he was unable to return to work after a fall left him with broken ribs.

He applied for rental assistance but said he had yet to receive a response.

“You could be sitting here thinking everything is good and then you got the sheriff at the door talking about ‘you got to get out,’” he said.