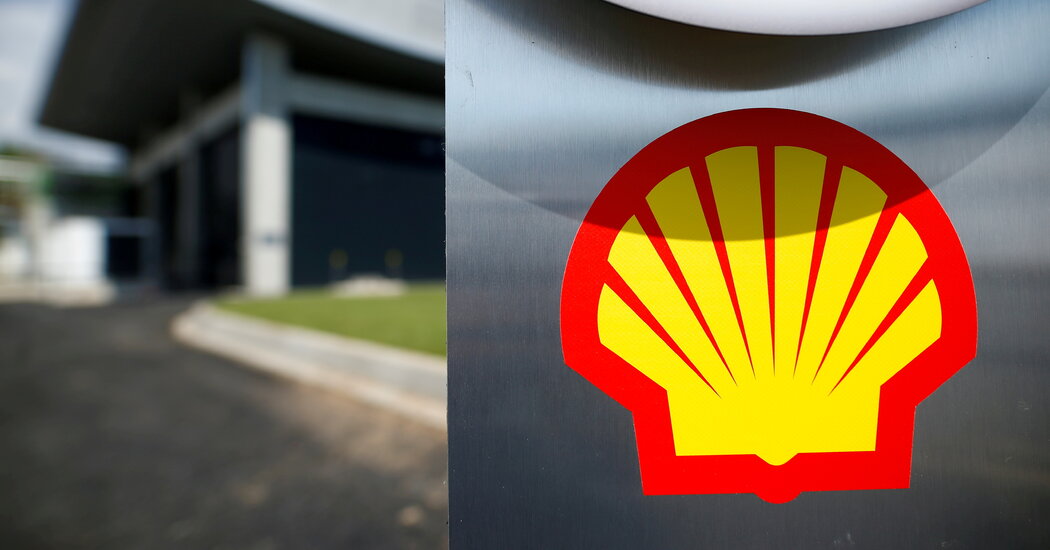 
As Royal Dutch Shell announced its quarterly earnings on Thursday, including a jump in profit that failed to meet investor expectations, company executives were dealing with an activist fund’s proposal that the oil giant be broken up.

Third Point, an activist fund management firm in New York, has taken a stake in Shell worth about $750 million, according to a person familiar with the matter, and called for it to be broken up into “multiple stand-alone companies” that could address competing shareholder interests.

These companies could include a unit encompassing Shell’s legacy oil- and gas-extraction businesses and another with its renewable-energy and liquefied-natural-gas activities, Third Point’s chief executive, Daniel S. Loeb, said in a letter to investors.

Mr. Loeb called Shell “one of the cheapest large-cap stocks in the world.” He also said that by most metrics, Shell was trading at a 35 percent discount to its rivals Exxon Mobil and Chevron, despite what he called “higher quality and more sustainable” business lines.

He blamed the company’s “attempting to appease multiple interests but satisfying none” for the lack of investor interest in Shell.

Third Point’s move recalled the successful battle waged this spring by another activist hedge fund, Engine No. 1, to install three directors on the board of Exxon Mobil with the goal of pushing it to reduce its carbon footprint.

Shell’s chief financial officer, Jessica Uhl, said on a call with reporters Thursday that the company did not have much information about Third Point’s intentions beyond the investor letter.

“We have had some very preliminary discussions with Third Point over the last year, not particularly specific,” she said. She added that Shell would “respond appropriately” after finding out more.

Ms. Uhl conceded that “we haven’t done a good enough job” in explaining Shell’s strategy for shifting to cleaner energy, which involves using the cash from oil and gas to fund new cleaner businesses.

Shell executives argue that as a large, well-capitalized organization with more than a century of experience delivering various forms of energy, Shell is well-placed to make multibillion-dollar investments in areas like carbon capture and storage and hydrogen that will be needed in the shift to cleaner energy.

“A very significant part of this energy transition is going to be funded by the legacy businesses that we still have,” said Ben van Beurden, Shell’s chief executive on the call. “If you want to exclude us from it, I don’t think it will go as fast as it would otherwise go,” he added.

Shell has also been under pressure to shed fossil fuel investments after a Dutch court ordered the company in May to cut greenhouse-gas emissions 45 percent by 2030 compared with 2019 levels. Shell is appealing the ruling.

Shell may resist the idea of a breakup, but pressure from Third Point or others is likely to have some impact, analysts say. Most of the big European oil companies are investing in clean energy like wind and solar, and related businesses like electric vehicle charging, but are not being given credit by the markets for doing so, they say.

Some energy companies are likely to make changes to appeal to investors. Eni, the Italian oil and gas company, is studying whether to make a stock market listing for its renewable energy businesses.

News of the Third Point’s interest came as Shell, Europe’s largest oil company, reported $4.1 billion in adjusted earnings for the third quarter of this year, a substantial increase over the $955 million reported in the period a year earlier, thanks mainly to higher oil and gas prices. The earnings came in below analysts’ expectations.

Shell shares were 1.7 percent lower in midday trading in Europe.