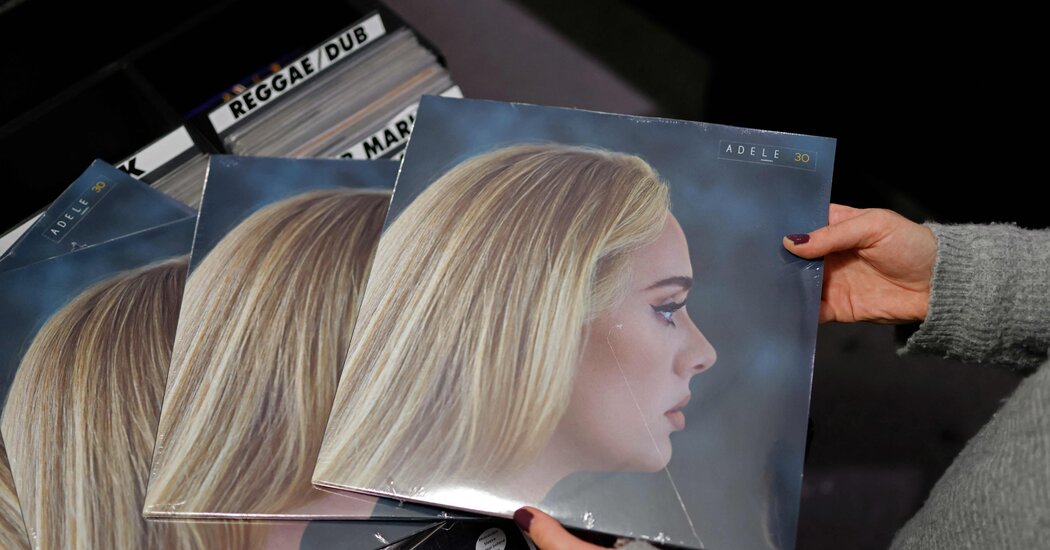 
Adele is No. 1 on Billboard’s album chart for a second time this week, with “30” holding off competition from Christmas collections and recent hits by Taylor Swift and Drake.

“30,” Adele’s first new album in six years — which opened last week with the biggest sales of 2021 — remains at the top with the equivalent of 288,000 sales in the United States, according to MRC Data, Billboard’s tracking arm. That number, which includes 81 million streams and 225,000 copies sold as complete packages, is down 66 percent from its opening last week. But with no major new releases it was enough for Adele to maintain the lead handily.

Swift’s “Red (Taylor’s Version)” is No. 2, and Michael Bublé’s “Christmas” jumps six places to No. 3. Bublé’s album has been a big seasonal hit each year since 2011.

Also this week, Olivia Rodrigo’s “Sour” is in fourth place, and Drake’s “Certified Lover Boy” is No. 5. The Vince Guaraldi Trio’s soundtrack to “A Charlie Brown Christmas,” originally released in 1965, is No. 10, thanks to its placement on holiday-themed playlists on streaming services and strong sales on vinyl.