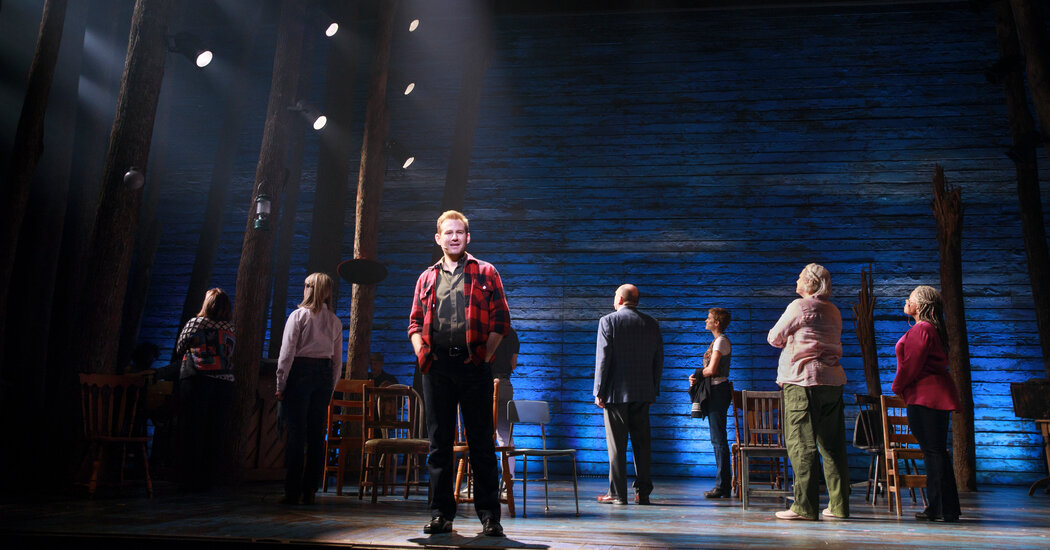 
Before the social media exchanges, the lawsuit said, Kimball, who had appeared in more than 1,000 performances of the show before the shutdown in March 2020, had never received any reprimand or complaint, and had never been told by anyone connected with the show that he “made them feel unsafe.” But subsequently, he “was forced to explain and defend his Nov. 15, 2020, tweet to Defendants’ agents and employees,” the suit claims.

Then, on Jan. 18, the suit said, he was contacted by a producer, Susan Frost, who allegedly informed him that there was conversation around his “conservative Christian” faith and his “freedom to believe.”

Frost, the suit claims, also mentioned the Jan. 6 Capitol insurrection and said that there were concerns that “the events at the Capitol, Josh Hawley and the conservative Christian movement were tied together and implied a connection” between Kimball’s faith and the “ideas and actions” of that day.

On Jan. 22, according to the lawsuit, Frost told Kimball he would not be invited back to the production, which he was told “needed to focus on bringing the show back together and ensure people’s safety.”

At the suggestion of Frost, the suit said, he spoke with the show’s director, Christopher Ashley, on Feb. 2, and asked him if he had been let go because of disagreements with colleagues or his religious beliefs. “In response,” the lawsuit continues, Ashley “stated that it was ‘everything.’”

As a result, according to the lawsuit, Kimball was “made to suffer significant economic and professional harm,” as well as “emotional and physical pain and suffering.” The lawsuit is seeking compensatory and punitive damages and lost wages, as well as legal costs.

Kimball was nominated for a Tony Award in 2010 for his role in the musical “Memphis.” While he has always been a Christian, the lawsuit said, it was following his recovery from an injury while in the show that he started becoming “more outspoken regarding his beliefs.”