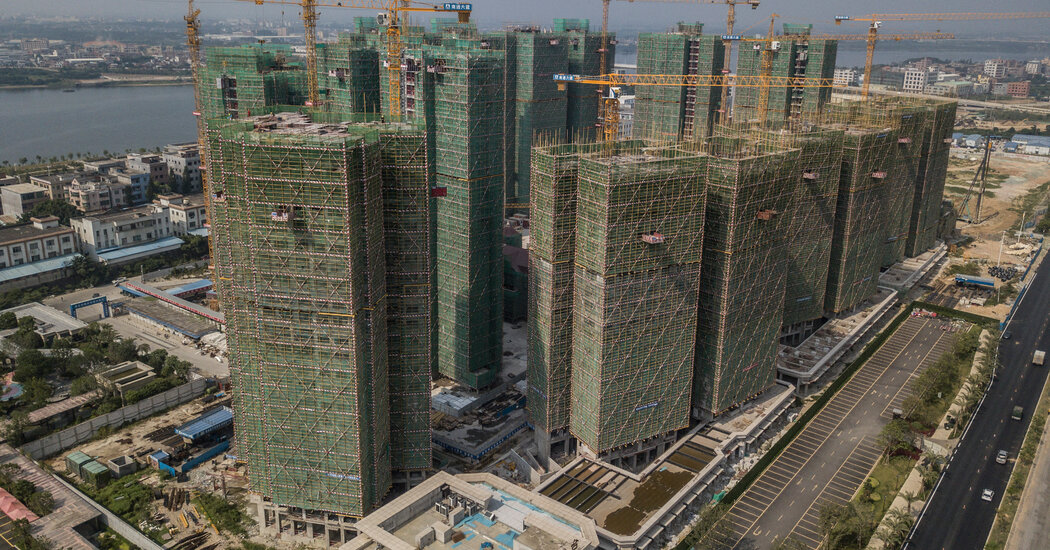 
China Evergrande, the troubled property giant, made another debt payment ahead of a Friday deadline, averting default for the second time in two weeks, according to one of the company’s bondholders.

The company made an interest payment that had been due on Sept. 29, this person said, speaking on condition of anonymity to discuss the matter. Evergrande had a 30-day grace period on the bond payment; the extension was to end on Friday.

The company didn’t immediately respond to a request for comment on the payment.

The payment comes a week after the world’s most indebted property developer narrowly avoided defaulting on another bond. Evergrande made an $83.5 million interest payment to bondholders last Friday, according to Securities Times, an official newspaper. That payment likewise came just a day ahead of a default. The interest payment due this Friday totaled $45.2 million.

Weighed down by more than $300 billion of debt, Evergrande has been trying to sell off parts of its vast empire to raise enough cash to pay off creditors. Last week, one of those deals — largely seen as a last-ditch lifeline — fell through. Evergrande has warned in securities filings that “in view of the difficulties, challenges and uncertainties” it has faced in selling its assets, it could not guarantee it would “be able to meet its financial obligations.”

The company’s financial crisis is testing the resolve of Chinese officials who were once quick to step in to save struggling giants like Evergrande. They have pledged to clean up China Inc.’s mountain of debt and end the property sector’s binge-borrowing habits.

Yet if the authorities let Evergrande fail, they could hurt some of the estimated more than one million Chinese home buyers who have purchased apartments from the company and are waiting for them to be built. A collapse could also slam construction workers and subcontractors who are waiting to be paid.