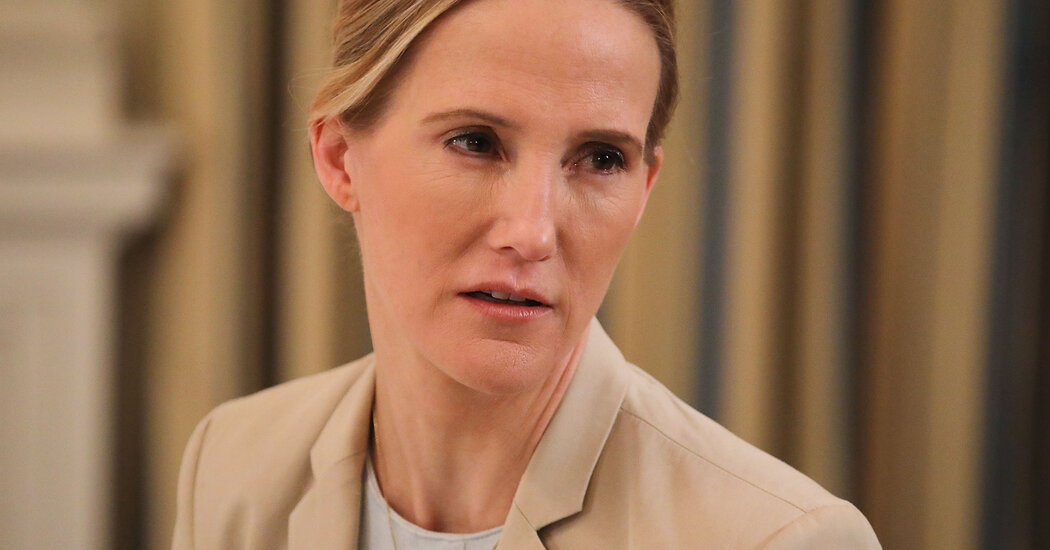 
Antigone Davis, Facebook’s global head of safety, is expected to face harsh questioning from senators on Thursday morning about Instagram’s effect on teenagers, addressing accusations that Facebook has known for years that its photo-sharing app has caused mental and emotional harm.

The hearing, which starts at 10, is the first of two that the Senate’s consumer protection subcommittee will hold on the effect that Facebook has on young people. The second, on Tuesday, will be with a whistle-blower who has shared information about Facebook’s research on teenagers.

The hearings were called after The Wall Street Journal published a series of articles this month about internal research at Facebook. One of the articles reported that, according to Facebook’s findings, one in three teenagers said Instagram made his or her body image issues worse. Among teenagers who had suicidal thoughts, 13 percent of British users and 6 percent of American users said they could trace those thoughts to Instagram.

On Wednesday evening, Facebook released two slide decks from the research cited by The Journal. The company heavily annotated the slides, at times disputing or reframing the accuracy and intention of the research report. The company said in its slides that many teenagers reported positive experiences on Instagram, including that the app at times helped with mental health.

Lawmakers have criticized the company and its executives for hiding the research, which appeared to contradict public statements by Facebook’s chief executive, Mark Zuckerberg, and the executive in charge of Instagram, Adam Mosseri. Both have long downplayed warnings that Instagram — through filters that can enhance images and a “like” button that can be used as a gauge of popularity — created a fraught environment for young users and made many teenagers feel worse about themselves.

This week, Mr. Mosseri announced that Facebook would pause plans to release a version of Instagram aimed at children in elementary and middle school.

Mr. Mosseri has argued that The Journal’s article on Instagram took research out of context, and said the number of teenagers in the study was “quite small.” He has said many teenagers report positive experiences on Instagram.

Ms. Davis, who has led safety at Facebook for seven years, is expected to reiterate that message in the hearing. The company has defended the idea of an app for children, like YouTube Kids, saying it could provide stronger safety and privacy features for young children than the main Instagram app.

Senator Marsha Blackburn of Tennessee, the ranking Republican on the consumer protection subcommittee, said in a statement, “From turning a blind eye to the negative impacts of its platforms on teens’ mental health to its inability to police for trafficking, domestic servitude and other harmful content, Facebook has a lot to account for.”

Amazon has settled with two of its most prominent internal critics, staving off a public hearing over accusations that the company illegally fired the pair, lawyers for the parties told an administrative judge on Wednesday.

The former employees, Emily Cunningham and Maren Costa, said in a statement that Amazon would be required to pay their back wages and “post a notice to all of its tech and warehouse workers nationwide that Amazon can’t fire workers for organizing and exercising their rights.” They called the settlement “a win for protecting workers rights.”

The pair have said they were fired last year because they publicly pushed the company to reduce its impact on climate change and address concerns about its warehouse workers. Amazon has maintained that the former employees repeatedly broke internal policies.

An Amazon spokesman, Jose Negrete, said on Wednesday, “We have reached a mutual agreement that resolves the legal issues in this case and welcome the resolution of this matter.”

The settlement was reached at a high-wire moment for Amazon, which has pledged to be “Earth’s best employer” and is looking, in a tight labor market, to hire 40,000 corporate and tech workers and 125,000 warehouse workers in the United States.

In 2018, Ms. Costa and Ms. Cunningham, who worked as designers at Amazon’s Seattle headquarters, were part of a small group of employees who publicly pushed the company to do more to address its climate impact. They turned their efforts into an organization, Amazon Employees for Climate Justice, and helped get more than 8,700 Amazon colleagues to support its efforts.

Over time, Ms. Cunningham and Ms. Costa broadened their protests. After Amazon told them that they had violated its external-communications policy by speaking publicly about the business, their group organized 400 employees to also speak out, purposely violating the policy to make a point.

At the start of the pandemic, they announced an internal event for warehouse workers to speak to tech employees about their workplace safety conditions. Soon after, Amazon fired both women. Senator Elizabeth Warren, Democrat of Massachusetts, wrote Amazon expressing concerns over potential retaliation, and Tim Bray, an internet pioneer and a former vice president at Amazon’s cloud computing group, resigned in protest.

This spring, lawyers with the National Labor Relations Board said they had found merit in Ms. Costa and Ms. Cunningham’s accusations that they were fired in retaliation for their organizing. The agency’s Seattle office then brought a case against Amazon, saying the company “enforced its facially neutral External Communications and Solicitation policies selectively and disparately in order to restrict employees from engaging in protected, concerted activities.”

The hearing was scheduled to start Tuesday morning, but was delayed as the parties worked on a settlement.

The case is one of many tangles the company has had with the labor board since the start of the pandemic. Most visibly, in August, a hearing officer of the N.L.R.B. recommended that the agency throw out a union election at an Amazon warehouse in Bessemer, Ala., finding that Amazon’s “conduct interfered with the laboratory conditions necessary to conduct a fair election.” Amazon denies any interference and has vowed to appeal if the regional office of the labor board agrees with the recommendation and formally overturns the election, which rejected the union.

The economy has begun to rebound from the coronavirus pandemic, but millions of people still haven’t returned to work. Some are looking but haven’t been able to find jobs. Others can’t work because of child care or other responsibilities. Still others say the pandemic led them to rethink how they prioritize their careers.

What is keeping you on the sidelines right now? How are you getting by financially without a steady paycheck? How has your time away from work changed your life, both now and in the future?