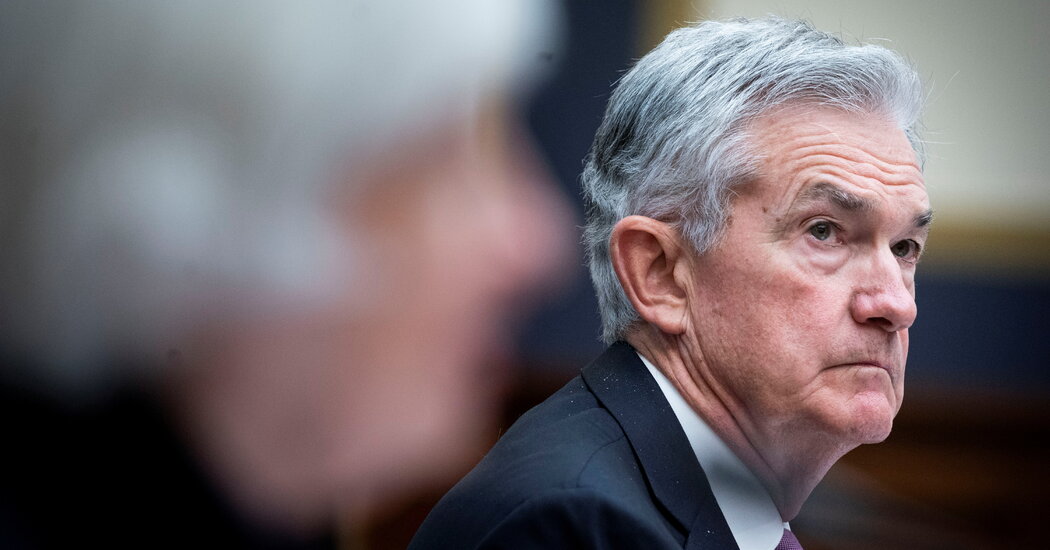 
Federal Reserve officials were preparing to begin slowing down monetary policy support as soon as the middle of November, minutes from their September meeting showed, and policymakers debated when they might need to raise rates amid rising inflation risks.

The Fed has been buying $120 billion in bonds each month and holding the federal funds rate near zero to make borrowing cheap and keep money flowing through the economy, stoking demand and speeding up the recovery. But the central bank’s officials signaled after their Sept. 21-22 meeting that they might announce a plan to pare back those asset purchases as soon as early November. Minutes from the gathering, released Wednesday, provided additional details on that plan.

The minutes suggested that “if a decision to begin tapering purchases occurred at the next meeting, the process of tapering could commence with the monthly purchase calendars beginning in either mid-November or mid-December.”

The process could end by the middle of next year, the minutes indicated. That backed up the timeline that Jerome H. Powell, the Fed chair, laid out during his news conference after the meeting.

At the same time, Fed officials have been clear that they will continue to support the economy with low interest rates as the job market continues to heal. Their hopes of moving very gradually when it comes to rate increases could be complicated by rapidly rising prices, though, as supply chain disruptions tied to the pandemic persist and rising rents raise the prospect of sustained increases.

The minutes showed that “various” meeting participants thought that rates should stay at or near zero for a couple of years, warning that long-run trends that had dragged inflation down before the pandemic would again come to dominate. But “in contrast, a number” of Fed officials said that rates would need to increase next year, and that “some of these participants saw inflation as likely to remain elevated in 2022 with risks to the upside.”

The committee as a whole fretted about supply chain disruptions, which have been pushing inflation higher and curbing growth. They discussed several bottlenecks, including in the housing industry.

“Participants noted that residential construction had been restrained by shortages of materials and other inputs and that home sales had been held back by limited supplies of available homes,” the minutes showed. Later, they added that “firms in a number of industries were facing challenges keeping up with strong demand due to widespread supply chain bottlenecks as well as labor shortages.”

And officials noted that they might take time to fade.

“Most participants saw inflation risks as weighted to the upside because of concerns that supply disruptions and labor shortages might last longer and might have larger or more persistent effects on prices and wages than they currently assumed,” the minutes showed.

“Participants noted that their district contacts generally did not expect these bottlenecks to be fully resolved until sometime next year or even later.”

Consumer prices jumped more than expected last month, data released on Wednesday showed. The Consumer Price Index climbed 5.4 percent in September from a year earlier, faster than its 5.3 percent increase through August. From August to September, the index rose 0.4 percent, also above expectations.

Housing prices rose, and food — especially meat and eggs — cost consumers more. When volatile food and fuel prices are stripped out, inflation is still rapid, at 4 percent in the year through last month.

Fed officials have repeatedly said they expect price gains to moderate as the economy gets back to normal, but they have stuck an increasingly wary tone as inflation has been slow to moderate.

“I believe, as do most of my colleagues, that the risks to inflation are to the upside, and I continue to be attuned and attentive to underlying inflation trends,” Richard H. Clarida, the Fed’s vice chair, said during a speech Tuesday.

Among the causes for concern: Inflation expectations seem to be picking up, at least by some measures.

The Federal Reserve Bank of New York’s Survey of Consumer Expectations showed this week that medium-term inflation expectations — those for three years ahead — climbed to 4.2 percent in September from 4 percent in August. That is the highest level since the series started in 2013. Short-term expectations jumped to 5.3 percent, also a new high.