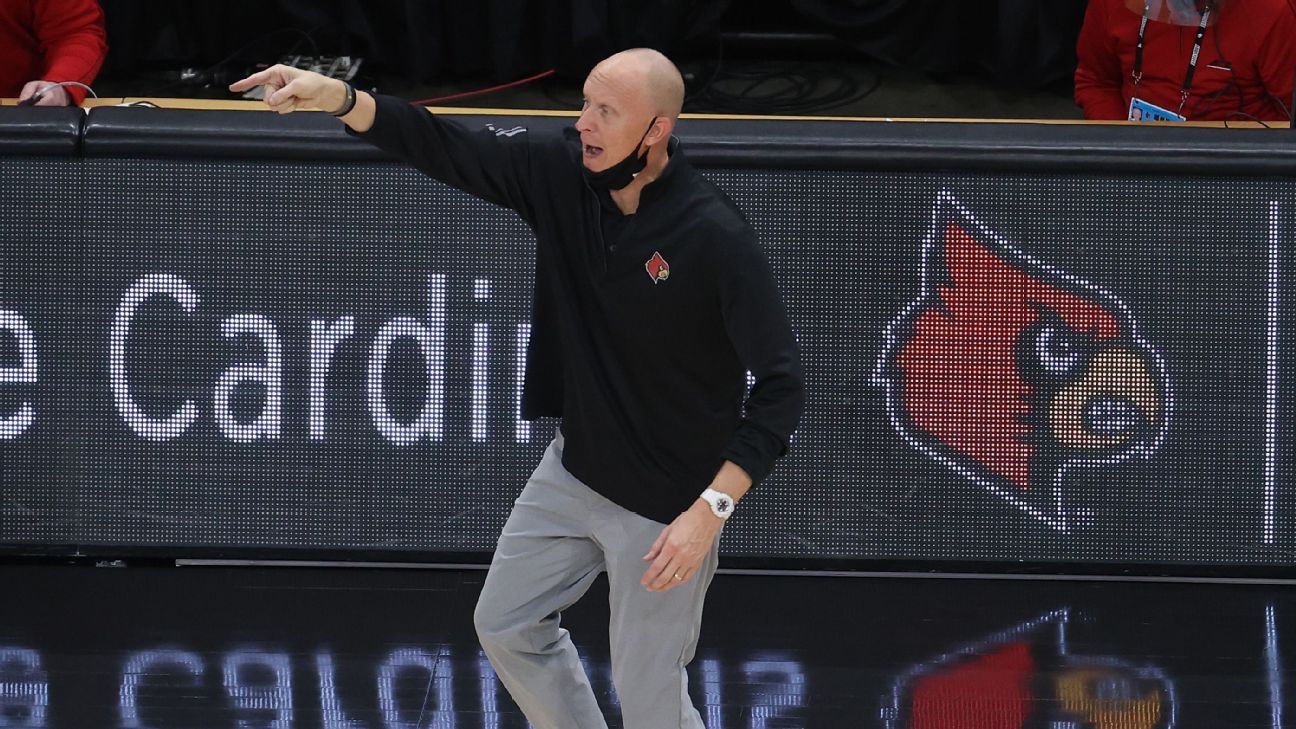 
LOUISVILLE, Ky. — Louisville coach Chris Mack admits it was “not a good look” to be proven maskless in a video whereas celebrating the Cardinals’ Dec. 26 victory over rival Kentucky.

Within the video, Wooden yells that former Kentucky affiliate head coach Kenny Payne, now an assistant with the NBA’s New York Knicks, was accountable for the Wildcats’ earlier victories over the Cardinals earlier than noting he is gone, and that Corridor of Fame coach John Calipari “will never beat U of L again.”

Mack tried to supply context to the video throughout a digital information convention Monday and defined that a few of his neighbors have been {golfing} buddies of Payne, a Louisville standout, and wished to “give him grief” for the sport. The coach additionally acknowledged the potential fallout for going maskless through the pandemic, even at residence.

“When people come over to my house, which hasn’t been very often since last March, I’m probably a violator and obviously was that night,” Mack stated. “Neighbors or friends stopped by and not putting on my mask around the house. … Not a good look and for that, I’ve got to do better.”

Mack added that he referred to as Calipari upon studying concerning the video and informed him that it was a joke directed at Payne “that went sideways.”

“As I tell my players, when you do things that happen in the spotlight, you’ve got to own it,” Mack stated. “Fortunately about me, I own things. I live and learn by them, and we’ll move forward.

“I really feel dangerous for doing that. However that wasn’t what the intention was by any means.”

During his weekly radio show Monday night, Calipari said he was fine and appreciated Mack’s call, but added: “He actually did not must.”

The video was shot lower than two weeks after a earlier pause inside the Louisville program.

Earlier Saturday, Louisville was shellacked 99-54 at North Carolina within the Cardinals’ first sport since Feb. 1, a break attributable to COVID-19 protocols. Mack himself examined optimistic with delicate signs and returned to observe final week.