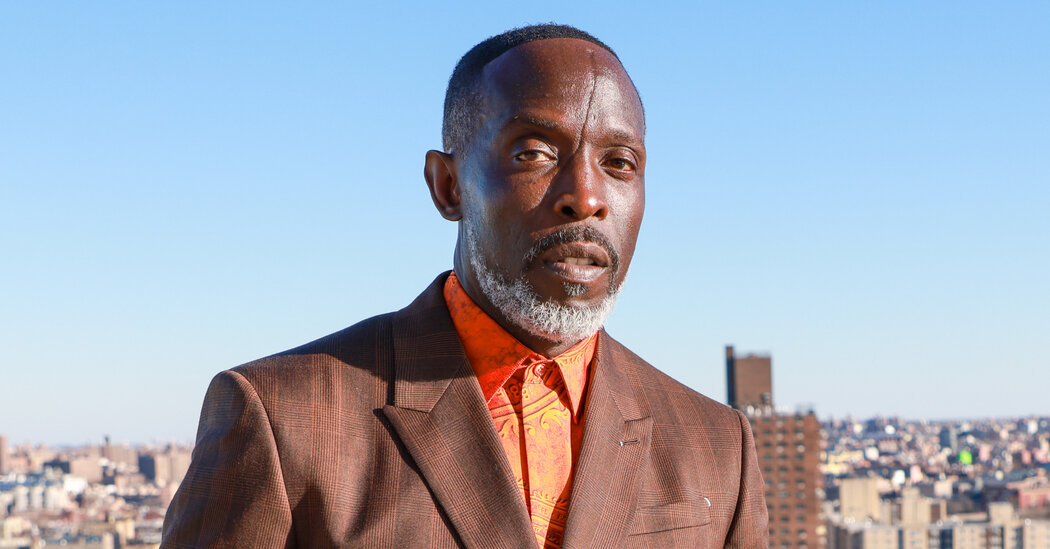 
The death this month of Michael K. Williams, the Brooklyn actor most famous for his memorable portrayal of a gay stickup man in “The Wire,” was caused by an accidental drug overdose involving fentanyl, New York City’s medical examiner said on Friday.

Mr. Williams, 54, was found dead in his apartment in the Williamsburg section of Brooklyn on Sept. 6. The medical examiner said the official cause of death was “acute intoxication by the combined effects of fentanyl, p-fluorofentanyl, heroin and cocaine.”

A longtime representative for Mr. Williams did not immediately respond to a request for comment.

The presence of multiple drugs in Mr. Williams’s system at the time of his death does not necessarily indicate whether he took those drugs together or separately, or whether he used them knowingly or unknowingly.

Fentanyl, a synthetic opioid that can be 50 times more powerful than heroin and is cheaper to produce and distribute, has seen increased use in the United States in recent years as an alternative to heroin or prescription opioids. It has also contributed to a rise in fatal overdoses among older people and African-Americans.

Though it is common for heroin to be mixed with fentanyl, the combination of cocaine and fentanyl recently drew attention after eight people overdosed on Long Island after taking the two drugs. Six of those overdoses were fatal.

It is impossible to know which of the drugs found in Mr. Williams system caused his death, or whether a lethal combination was to blame, but fentanyl adulteration in both heroin and cocaine is a growing threat.

Before his death, Mr. Williams — most known for his role on a show that tackled drugs, addiction, corruption and the police — had openly discussed his struggles with drug addiction in interviews.

In 2016, he told NPR’s Terry Gross that he had started doing drugs during the second or third season of “The Wire,” the beloved HBO series in which he played Omar Little, a principled thief who specialized in robbing drug dealers and who former President Barack Obama once said at a campaign rally was his favorite character on television.

Mr. Williams met Mr. Obama, then a senator, at that rally in 2008. Mr. Williams told The New York Times in 2017 that he was high at the time and could barely talk. Hearing Mr. Obama compliment his work, he said, “woke me up.”

According to preliminary data from the Centers for Disease Control and Prevention, drug overdoses have risen in the United States during the pandemic. In 2020, more than 93,000 people overdosed, an increase of nearly 30 percent over the previous year.

New York City experienced a record-breaking rise in such deaths, with more than 1,600 people dying over the course of the year and about five dying every day, according to the Office of the Special Narcotics Prosecutor for the City of New York. The vast majority of those deaths involved fentanyl.

Mr. Williams grew up in Brooklyn’s East Flatbush neighborhood and maintained significant ties to the community even as his career drew him away. Residents there said they were devastated by his death.

For years, Mr. Williams participated in youth-focused events or food drives for the hungry. He was a vocal advocate for criminal justice reform and ending mass incarceration.

But his connections to his roots came in less tangible ways too: he said that he constantly drew inspiration for his characters from people in the neighborhood.

Beyond “The Wire,” Mr. Williams acted in acclaimed series like “Boardwalk Empire,” “The Night Of” and “When They See Us,” a mini-series about the five Black and Latino teenagers wrongfully convicted in the rape and assault of a white woman in Central Park. (Mr. Williams was in his 20s and living in New York City when the trial took place and said he felt a complicated connection to it.)

He received five Emmy Award nominations over his career, including one this year for supporting actor in a drama series for his role in “Lovecraft County.”

At the ceremony, held on Sunday, the actress Kerry Washington paused to pay tribute to Mr. Williams before presenting the award in his category. She described him as “a brilliantly talented actor and a generous human being.”

Ms. Washington then addressed Mr. Williams: “Michael, I know you’re here, because you wouldn’t miss this. Your excellence, your artistry will endure. We love you.”