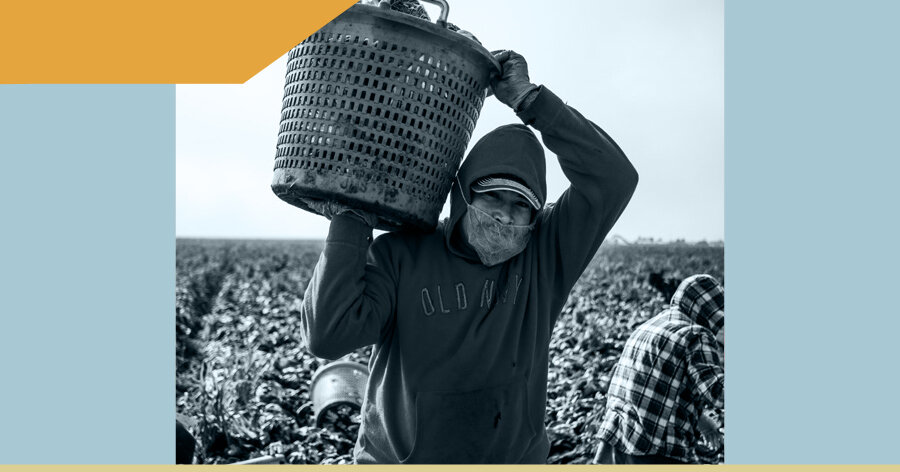 Produced by ‘The Argument’

Our immigration system is broken. So is the way we talk about it.

Most conversations about immigration come down to a yes-or-no debate. Two sides talking over each other with very little constructive and achievable propositions. That might be part of the reason that little effective reform has made its way through Congress in the past 20 years, despite calls from both Democrats and Republicans for an overhaul.

In reality, immigration is a complicated system and there’s no easy answer to the problems it entails. This week, Jane Coaston breaks down one group of approaches that could have a significant impact on individuals and families who want to enter the United States: temporary work programs.

[You can listen to this episode of “The Argument” on Apple, Spotify or Google or wherever you get your podcasts.]

These programs allow migrants to come to the United States to work based on the labor needs of certain industries. And because their legal status is tied to employment, workers are beholden to their bosses and the companies that hire them. Oftentimes, the companies use that power to take advantage of workers.

The guests today analyze these programs and debate whether they should be expanded without other changes or what reforms are necessary to ensure workers aren’t exploited. Michael Clemens is an economist and the director of migration, displacement and humanitarian policy at the Center for Global Development. Daniel Costa is a human rights lawyer and the director of immigration law and policy research at the Economic Policy Institute.

Mentioned in this episode:

Love listening to The Argument? Sway with Kara Swisher? The Ezra Klein Show? The Daily? Great journalism from New York magazine and Rolling Stone, and more? Help us test a new audio product in beta and give us your thoughts to shape what it becomes. Visit nytimes.com/audio to join the beta.

Thoughts? Email us at argument@nytimes.com or leave us a voice mail message at (347) 915-4324. We want to hear what you’re arguing about with your family, your friends and your frenemies. (We may use excerpts from your message in a future episode.)

By leaving us a message, you are agreeing to be governed by our reader submission terms and agreeing that we may use and allow others to use your name, voice and message.