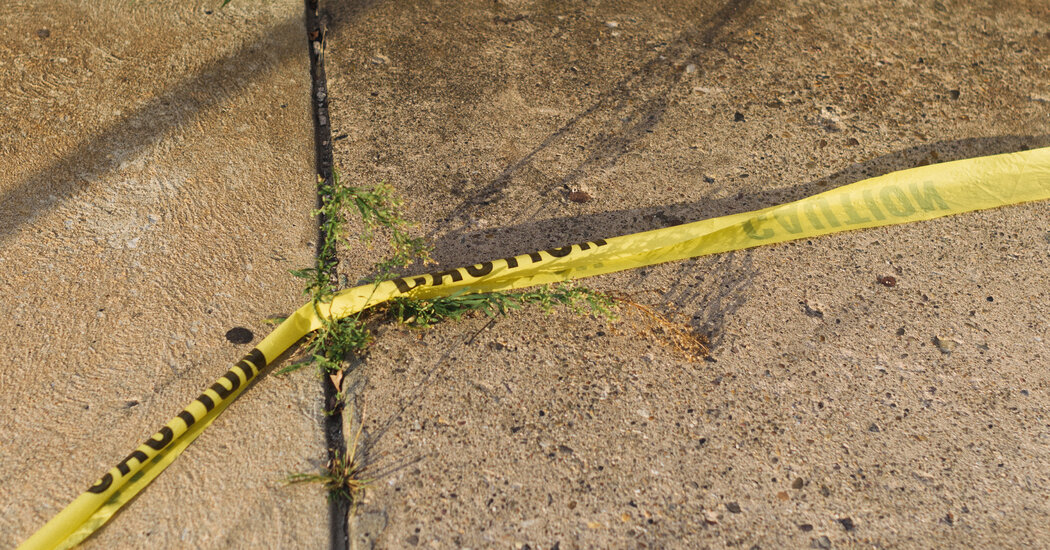 
The breathless coverage of the disappearance and apparent killing of Gabrielle Petito has played out in a virtual — and sometimes literal — split screen alongside images of mounted officers in Texas swinging long reins like whips while herding Haitian migrants. That startling contrast forces us once again to wrestle with a crucial question: What kinds of people, in what kinds of bodies, with what kinds of lineage do we value?

I have been in journalism my entire professional life — over 30 years — and I, like many others, have seen a consistent pattern of missing white women and girls receiving outsize coverage when other missing people receive none.

It is not that these white women should matter less, but rather that all missing people should matter equally. Race should not determine how newsroom leaders assign coverage, especially because those decisions often lead to disproportionate allocation of government resources, as investigators try to solve the highest-profile cases.

The obsessive fascination with missing white women also leads to a slanting in sympathies. All missing-persons stories are human tragedies, and because we are all human we empathize with the people we see. But this also erases the trauma of other missing people, as if nonwhite people never go missing, when they absolutely do.

Just like that, we have all been manipulated into playing a part in the white damsel ideology, that young white women, often attractive, are the very epitome of innocence and virtue. The devotion is nearly religious, rendering them as cherubic or angelic.

In this construct, all efforts must be made to protect them. So, what of the Indigenous women, or the Black women, or the Hispanic women who disappear? Why does society not see them as equally in need of honor and protection?

In the same way, it was shocking to see the officers on horseback evoking images of antebellum slave patrols when dealing with Haitian migrants. And you have to ask yourself: Would white migrants have been treated this way?

This is what happens when a country doesn’t see some people as fully human. It’s what the Rev. Dr. Martin Luther King Jr. called the “thingification of the Negro.”

When you don’t see a person’s full humanity you release any moral obligations to extend to that person the rights and respect given to other humans. And in this state, danger lurks. In this state, atrocities creep.

And it’s not just the Haitians. Latin American children were separated from their families, and many were forced to sleep in cold, open rooms under foil blankets with the lights turned on.

Black and brown people often get flattened into statistics, becoming a mass rather than existing as individual men, women and children. And there is real danger in this.

When I heavily covered the cases of Black people killed by the police, I would explain to the family members I was interviewing the angle of the column: I wasn’t there to litigate the cases; I was there to breathe life back into the dead bodies. I was there to render them whole, as complete human beings who loved and were loved. I was there to force my readers to see them as people.

I understood the power of humanization, just as I recognized how many forces in society pushed dehumanization onto particular bodies.

The degree to which your humanity is restored weighs heavily on how power structures respond to you and how the public is able to empathize with you.

That is why we must interrogate our tendency to put humanity on a sliding scale: We hone our sympathies over a lifetime, and it is in all the small things — where we are having our sympathies directed — that show up in the end.

And the way we value things can be subtle and show up in places we might not expect. If you think only of European artists as the old masters and African and Indigenous art as primitive, that, too, is part of the problem. If your heart was broken when the Notre-Dame cathedral burned but you were not moved — or possibly even aware — when a fire razed the oldest science museum in Brazil (the country with the world’s second-largest Black population), destroying an irreplaceable collection amassed over centuries, then that is part of the issue.

Untangle this. Unpack this. Start over. Equality of perception will lead to equality of treatment. It’s quite simple, actually. We just make it complex to disguise our deficits.