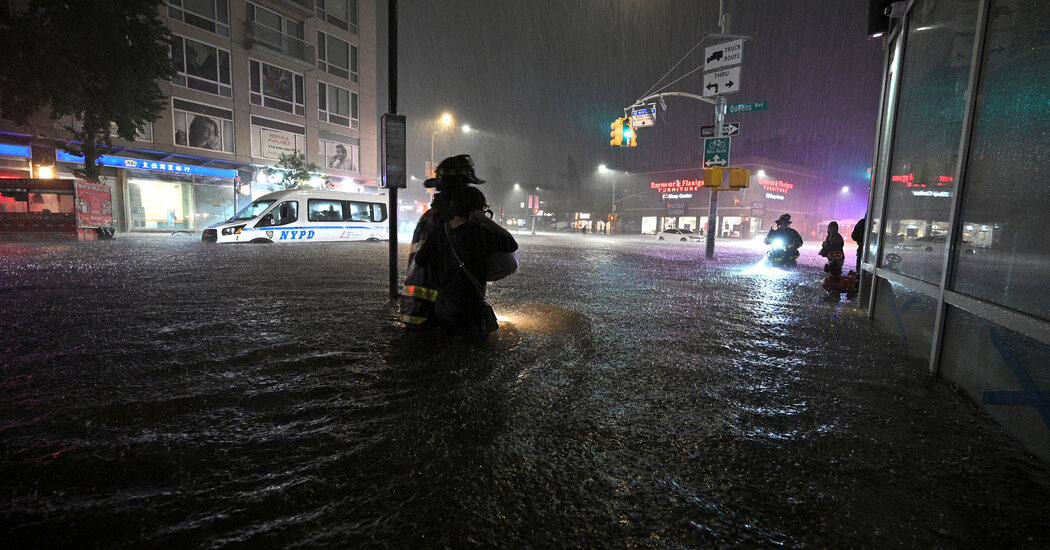 
The Lenape people who once inhabited the hills and valleys that we now call New York City knew better than to dig caves in stream beds. They noticed how salt marshes and barrier beaches worked together to protect the coastline and restore it after storms. They saw with their own eyes that soil absorbs water, and rock repels it.

Most importantly, they understood, as their descendants — contemporary Native Americans — often remind us, that we need to live on the land with humility and compassion, as if we will be here for a while. We can learn from the streams, forests and the marshes what it means to be living in a particular place. And it is our job is to put that knowledge into practice. It is our home.

We might think we have dominion of the land, but our power is nothing compared to the glaciers that shaped New York or the climate change that is taking shots now.

What to do? The truth of it is, some people are going to have to move.

By that I mean those who live in buildings constructed on former stream courses and wetlands, those who run a business or rent a basement in low-lying areas, and those whose homes and workplaces are in the path of flooding that will surely return.

Water demands a place to go. That means making room for streams and wetlands, beaches and salt marshes. It means solving human-caused problems with nature-based solutions. These include removing urban impediments to let streams flow once again, a process known as daylighting; restoring wetlands and planting trees. It also means using the collective power of our community — expressed through tax dollars — to help people move to safer places.

A report issued by the de Blasio administration on Monday titled “The New Normal” warned that climate change “poses a grave threat to our people and our city, and its costs will not be borne equally.” Among other things, the city needs to “reimagine our sewage and drainage system and rapidly increase green infrastructure,” the report said.

In Van Cortlandt Park in the Bronx, for instance, the city is constructing a man-made brook to channel overflows from the park’s lake into the Harlem River rather than draining it through the sewer system. During Ida, that overflow reduced the sewer system’s capacity to handle storm drainage. The result: “parts of the Major Deegan Expressway flooded with multiple feet of water, ” according to the report.