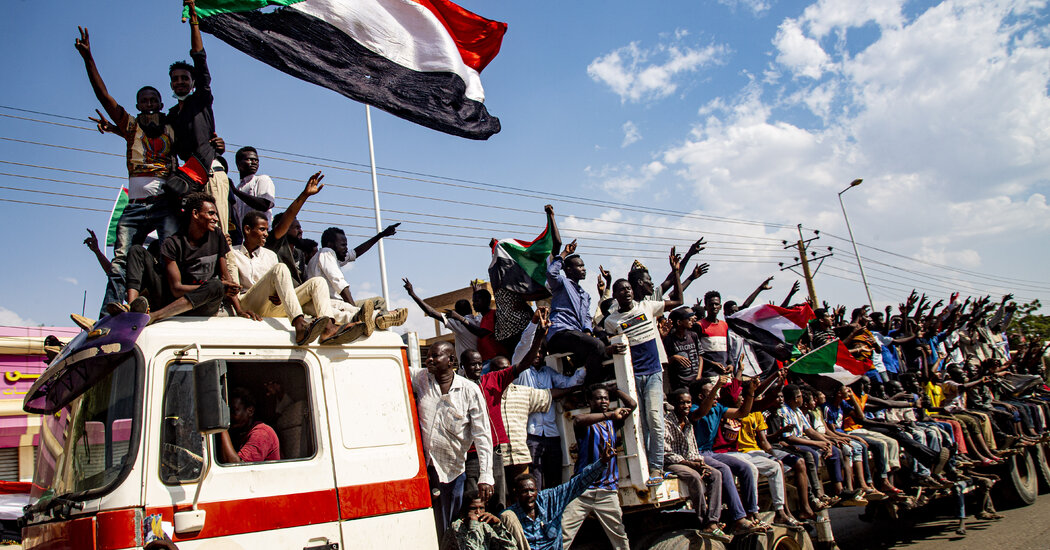 
The most obvious recent comparison, from the region’s many similar experiences, is far from promising: After a revolution in 2011, Egypt’s democratic transition was cut short by a coup led by Gen. Abdel Fattah el-Sisi. But other uprisings, in Tunisia in 2011 and in Burkina Faso in 2014, have managed to avoid a return to military rule. (The Tunisian president’s recent assumption of executive power and suspension of Parliament, though troubling, was undertaken without help from the military.)

In all cases, the most decisive factor in whether a coup succeeded was the scale of the popular response. In Egypt, it was notably lacking. By mid-2013 the revolutionary coalition had fractured, with many members of the secularist wing openly backing the military. Supporters of the democratic government, including the Muslim Brotherhood, did mobilize in response to the coup, but their protests were unable to force the generals to relinquish power.

In Burkina Faso, the opposite was true. A year after the uprising, old regime officers attempted a coup — and were met with a fierce revolutionary response, including mass protests and strikes. The generals returned power to civilians a week later. In Tunisia, some activists clamored for military intervention in the summer of 2013. But most of the main revolutionary parties and movements resisted the temptation to turn to the military, and a coup never materialized.

There are reasons for hope in Sudan. For one, the fissures in the revolutionary coalition don’t seem to be nearly as severe as they were in Egypt. The coup appears to be supported by only a small number of parties and ex-rebel groups in the Forces of Freedom and Change, which led the civilian branch of the transitional government. The week before the coup, a sit-in at the presidential palace calling for military intervention drew limited numbers and was at least partly manufactured by the military itself.

Instead, the coup has been fiercely denounced by most of Sudan’s revolutionaries. Leaders from the Sudanese Professionals Association, an umbrella group of labor unions, have used their widely followed social media platforms to call for peaceful protests. Others, including rebel leaders such as Abdul Wahid al-Nur and Abdel Aziz al-Hilu, have done the same.