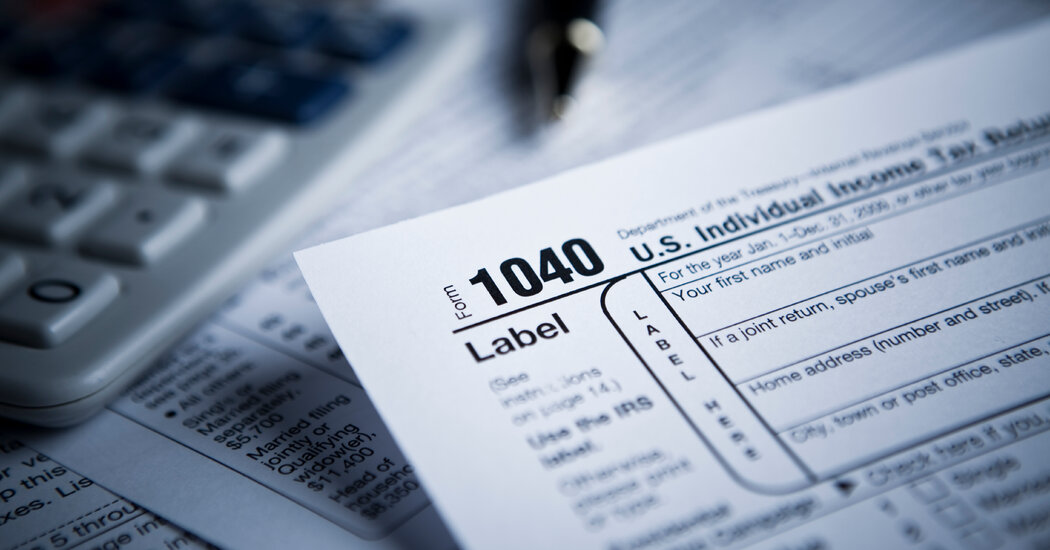 
Income tax forms are notoriously complicated, but there is one simple question that is missing: “Would you like to register to vote in your home state?” With over 150 million American households filing federal income tax returns each year, our annual ritual of tax filing is a missed opportunity for voter registration.

While Americans are filling out their 1040s and Schedule Cs, they should also be asked if they would like to complete a voter registration form. The form, let’s call it a Schedule VR, would be separate from tax information, and would be available to all citizens, regardless of the amount of taxes paid or refunded. A Schedule VR would be the simplest way to create a national and nearly universal registration system.

There is good evidence that tax-time voter registration would work. In Canada, annual income tax forms already offer voter registration. Overall, 96 percent of eligible voters appear on the Canadian voter registry, thanks in substantial part to the work of the Canada Revenue Agency. Elections Canada suggests that citizens “tick the box” every year on their income tax form to keep their address information up-to-date. By contrast, more than one in five eligible voters in the United States is not on the voter rolls. These unregistered voters are disproportionately likely to be young, to have lower incomes, and to be members of racial and ethnic minority groups.

Adding a voter registration option to tax filing has three major advantages: breadth, accuracy and convenience. Americans are conscientious taxpayers who see tax filing as an important civic responsibility; a Schedule VR would help ensure our voter rolls are correct and secure, with less paperwork for the citizenry.

Tax-time voter registration would build on the National Voter Registration Act of 1993, which brought easy registration to departments of motor vehicles and other government agencies across the country. Taxes are filed annually, far more frequently than most people’s trips to the D.M.V. About 90 percent of the U.S. population appears on an income tax return each year, and 99.5 percent of us are estimated to appear on at least one federal tax document (like a W2 or a 1099), which is higher than the declining fraction of Americans who hold driver’s licenses. The tax system has played a vital role in Covid relief delivery precisely because few agencies can match the reach of the Internal Revenue Service.

Yes, adding voter registration to the tax filing process would represent a substantial increase in responsibility for the I.R.S. But there are precedents for the I.R.S. assisting tax filers in participating in important civic endeavors. In 1972, 1975 and 1980, Form 1040 included questions on behalf of the U.S. Census Bureau. Today, Form 1040 still has a check box allowing tax filers to donate three dollars to public campaign finance via the Presidential Election Campaign Fund. As Congress considers adding $80 billion to the I.R.S. budget, it should not overlook the full potential of tax filing to help shore up our democracy.

Voter registration at tax filing would also conform to President Biden’s mandate for new federal action to promote voter registration and turnout. Mr. Biden’s Executive Order 14019 calls upon the heads of each federal agency to produce a comprehensive plan for how they can “provide access to voter registration services and vote-by-mail ballot applications in the course of activities or services that directly engage with the public.”

For the I.R.S. to collect voter registration information and work with the states to update the voter rolls would require legislative action. But there are still immediate steps that can be taken. Janet Yellen, the secretary of the Treasury, and Charles Rettig, the I.R.S. commissioner, can mandate that voter registration services be provided at the nonprofit Volunteer Income Tax Assistance sites that work with the I.R.S. to provide free tax preparation to over one million households a year.

We already know that a program like this would reach underrepresented voters. In an experiment one of us conducted in 2018, tax filers at five sites in Dallas and Cleveland were offered voter registration forms. The participants were predominantly Black and Hispanic tax filers with an average household income of less than $30,000. The program doubled the likelihood that an unregistered person would get onto the voter rolls.

In an appalling echo of Jim Crow, some states are weaponizing their voting laws to exclude voters, and especially voters of color, from participating in our democracy. Historically, federal intervention has been essential to the protection of voting rights; now is the time to use tax policy to increase voter access.

Along with other legislation, like the urgently needed John Lewis Voting Rights Act, a Schedule VR would help counteract state efforts to restrict access to the ballot box. But even beyond the current political situation, we shouldn’t overlook a powerful tool we already have in hand to ensure that Americans have a reliable way to register to vote.