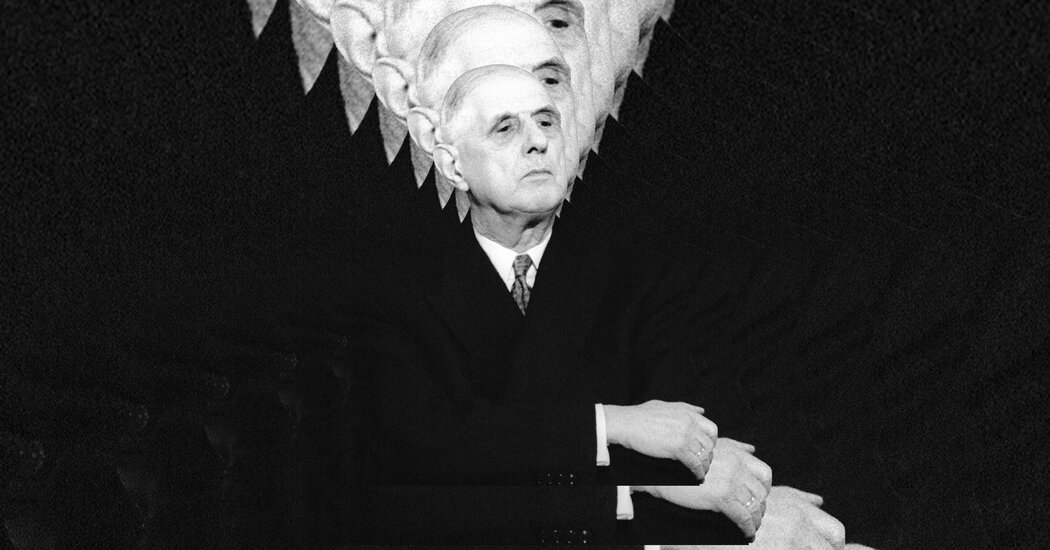 
It’s hardly surprising that France would be furious over losing a multibillion-dollar arms deal with Australia, all the more so because it believes it was blindsided as Canberra, Washington and London secretly worked to get a different deal for themselves.

But recalling ambassadors, as France did from Washington and Canberra, a step just short of breaking relations, is not normal behavior among allies, no matter how miffed they may be. The lost sale of a dozen submarines is painful, but not fatal to the French arms industry, especially as the hulls and engines were to be built in Australia and the electronics and armaments were to come from Lockheed Martin, an American company. And, as the Australians argue, France should have seen it coming: The diesel-powered submarines France offered were no longer what confronting a rising China required.

What really got the French seeing red was something else. It was being callously shunted aside by the United States and its Anglophone allies — “les Anglo-Saxons,” as Gen. Charles de Gaulle somewhat disparagingly referred to them — and being excluded from a role in what is shaping up to be the central geopolitical action for decades to come.

The imperious general, whose place in French history and national identity is reflected in the innumerable streets, boulevards and squares bearing his name, left a legacy very much in the background of the furor over the submarine deal, according to Serge Berstein, a noted historian of the de Gaulle era. The common thread, he said, arises from de Gaulle’s conviction that France, even if not a superpower, “retains an important international role by virtue of its presence in all parts of the globe.” In Asia, that includes a long colonial history and control over several islands in the Pacific.

“Never did the Anglo-Saxons really treat us as real allies,” de Gaulle explained at one point. Asserting France’s grandeur and global role against the “Anglo-Saxons” meant withdrawing from the NATO military-command structure in 1963 and expelling allied forces from France even while remaining in the alliance. It meant twice vetoing Britain’s membership in the precursor to the European Union, the European Economic Community.

And it meant thumbing his grand nose at the “Anglo-Saxons” on several notable occasions, like exclaiming “Vive le Québec libre!” while on a state visit to Canada, prompting his visit to be cut short; or assailing the American intervention in Vietnam in a famous speech in 1966 (There is “no chance that the peoples of Asia will subject themselves to the law of the foreigner who comes from the other shores of the Pacific, whatever his intentions, however powerful his weapons”); or insisting that France develop its own nuclear “force de frappe” (strike force).

The “Anglo-Saxons” had their own doubts about de Gaulle. He was not invited to join Joseph Stalin, Franklin Roosevelt and Winston Churchill at the Yalta conference, and Roosevelt for a time refused to recognize him as the head of a liberated France.

Times have changed, but frictions have continued to surface occasionally — think “freedom fries” after France refused to support an American invasion of Iraq in 2003. More recently, Donald Trump effectively confirmed many of France’s stereotypes of the ugly American. Mr. Trump initially showed a certain chumminess with President Emmanuel Macron, but that fell apart over Mr. Trump’s displays of disdain for Europe and the NATO alliance, leading Mr. Macron to question America’s commitment to Europe and to declare, “What we are currently experiencing is the brain death of NATO.”

In the current spat, invoking Mr. Trump was about the most scathing insult the French could make, which was exactly what Foreign Minister Jean-Yves Le Drian intended when he said, “This brutal, unilateral and unpredictable decision reminds me a lot of what Mr. Trump used to do.”

For Britain, with which France has been tussling on various economic fronts since the British quit the European Union, the French reserved a special put-down — while recalling ambassadors from Canberra and Washington, they left their ambassador to London in place. It was a gesture, the French media explained, meant to show that France regarded Britain as no more than a sidekick to Washington, hardly worthy of attention.

Yet Mr. Macron is not General de Gaulle. The French president knows the limitations of French power and the ways of realpolitik, and he is not likely to take the squabble any further. Mr. Biden, too, will seek ways to make up to France, and the world will keep turning. For all the recurring talk of making Europe more militarily independent of the United States, there is little likelihood of a major change anytime soon.

But that does not mean that the French fury is not real, or justified. Being presented with a fait accompli by three close allies is something no country would swallow. To claim that the “pivot” to Asia somehow justifies humiliating America’s oldest ally sounds like a lame excuse for arrogance and shoddy diplomacy.

“Freedom fries” may have seemed funny at the time, but it is worth remembering that France was probably right to oppose the invasion of Iraq, and, before that, that de Gaulle was right to warn America against getting embroiled in Indochina. The best allies are not necessarily those that march in lock step behind you, and an America going through its own crisis of identity should be wary of alienating its friends.