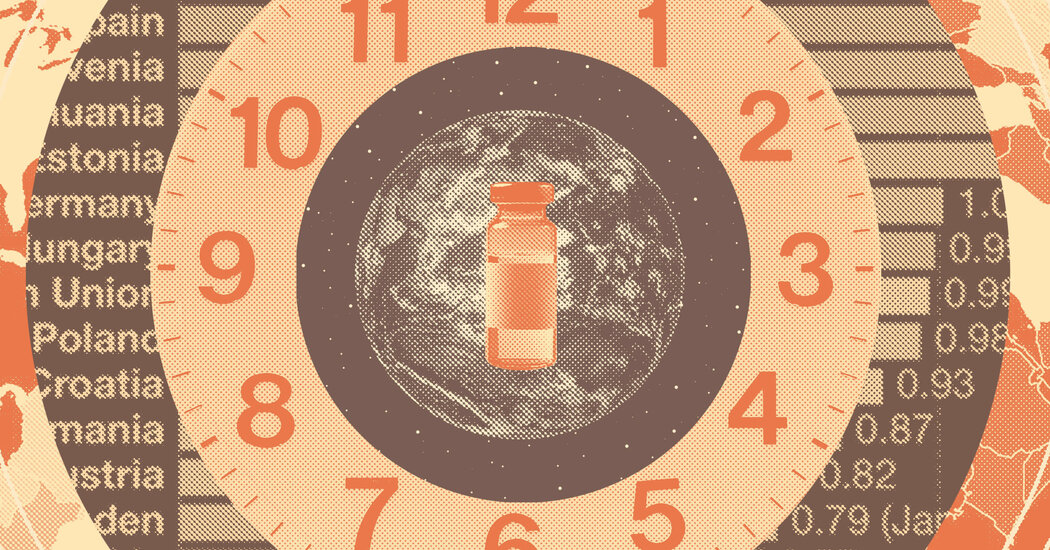 
The potential advantages of what experts call distributed manufacturing are plain: It would be much easier to quash variants like Delta if each region of the globe had its own modern vaccine manufacturing hub capable of responding quickly to local needs. This would also leave the world much better prepared for the next pandemic and the one after that. The Coalition for Epidemic Preparedness Innovations said that regional facilities would make it possible to create shots within 100 days of dangerous diseases emerging and to stop outbreaks before they mushroom into pandemics. Public Citizen estimated that it would take $25 billion, and about six months, to establish a network of such hubs around the world and that if officials started today, the world could have billions more doses by this time next year.

The United States International Development Finance Corporation, a federal agency that funds and oversees private development projects in low-income countries, has offered at least $2 billion in incentives to companies in low-income countries to help spur vaccine development. But so far, the agency appears to have secured only fill-and-finish contracts, in which smaller companies finish and package the shots made by larger brand-name operations. The trouble with these contracts, critics say, is that the larger company retains control over the final product, including how much is made, where and when doses are shipped and at what price.

The barriers to increasing manufacturing capacity are legion. Factories have to be upgraded or built from scratch, and when it comes to novel mRNA vaccines, expertise is scant outside the world’s wealthiest nations. But the biggest hurdle, by far, appears to be the obstinacy of the world’s leading vaccine makers, which have largely refused to share their technology, even when it was developed with public money. For example, a technology transfer hub established in South Africa by the W.H.O. recently announced that it would aim to copy Moderna’s mRNA vaccine. But so far, the company has not agreed to share its technology or expertise with the hub, according to Reuters. The W.H.O. created a similar global technology transfer hub this year, but so far no companies or countries have agreed to join.

Industry leaders say that it will take years for outside companies or low-income nations to develop the infrastructure and expertise needed to make the shots themselves. Quality and safety would suffer, they argue. And so would innovation if they are forced to share their trade secrets with the world. But it’s hard not to see other motives. “What most of the established players really want is to keep control of their profits,” said Andrey Zarur, the C.E.O. of GreenLight Biosciences, a biotech company that’s developing mRNA technology. “They say, ‘We’ll hold on to the technology, but we promise we’ll be good citizens and make sure you get what you need.’ Africa has heard this a million times before, and they’re sick of it, because they know it never works out that way.”

It’s also true that vaccines are not easy to make. The mRNA shots, for example, require highly specialized equipment and hundreds of ingredients, most of which are not made in underresourced settings. For instance, a chemical capping agent that prevents the body from rejecting the vaccine’s mRNA is patent protected and is made by just one company. Even simpler vaccines tend to involve multiple companies and countries; almost no shot is made in just one place.

But these hurdles are not insurmountable. Russia, for example, managed to transfer its technology to scores of smaller companies, including in the global south, in a matter of months, as Nature recently reported. The country’s strategy was to not only license its intellectual property but also to send its experts to those companies to show them what to do.

Emerging technology promises to be simpler. Dr. Peter Hotez, the dean of the National School of Tropical Medicine at Baylor College of Medicine in Texas, and his colleagues have developed what’s called a recombinant protein vaccine. It can be grown efficiently in yeast cells, has no onerous storage requirements and should be easy to mass-produce anywhere. Univercells, a Belgian company, has built a vaccine manufacturing facility that can fit inside a shipping container and could theoretically be deployed almost anywhere in the world. (The Financial Times called it “Ikea-style manufacturing” for vaccines.)