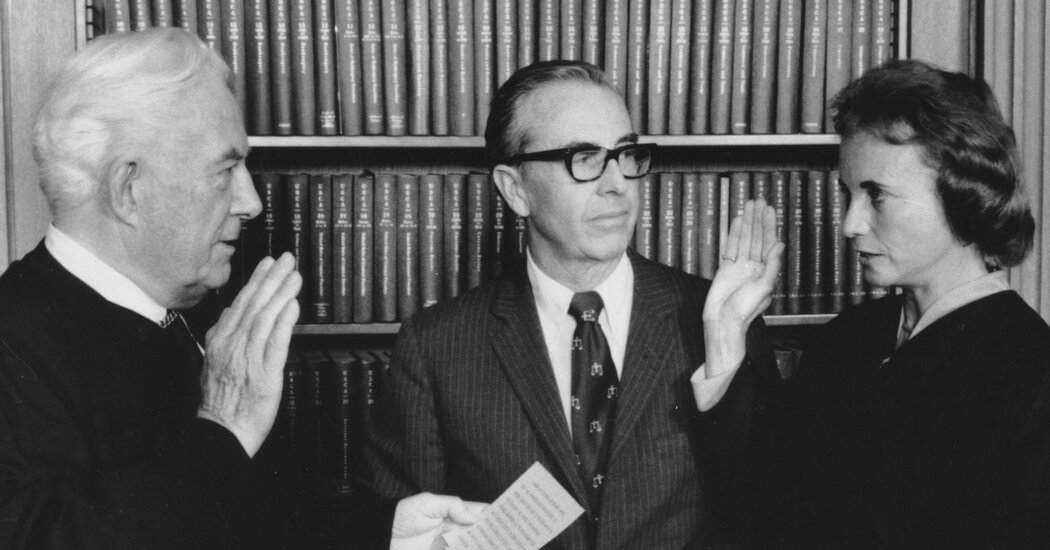 
“At a time when we see around the world the violent consequences of the assumption of religious authority by government, Americans may count themselves fortunate,” she wrote in her separate concurring opinion in McCreary County v. American Civil Liberties Union She continued, “Those who would renegotiate the boundaries between church and state must therefore answer a difficult question: Why would we trade a system that has served us so well for one that has served others so poorly?”

In that case and in many others during the second half of her tenure, Justice O’Connor held the balance of power on what some called the O’Connor court. The court lurched quickly to the right with the arrival of her successor, Samuel Alito. Today’s court would hardly be recognizable to the justices whose company Sandra O’Connor joined in 1981.

This anniversary is an occasion to reflect not only on what happened 40 years ago, but on what has happened in the intervening decades to bring us to a moment when legal abortion could be driven out of the second most populous state in the country without the Supreme Court lifting a finger.

After Justice O’Connor’s retirement from the court and mine from the Supreme Court beat at The Times, we saw one another with some regularity. We met not really as friends, but rather as veterans of decades of common experiences, albeit she as participant and I as observer. The night before Election Day in 2008, we shared the stage at an event where I had been invited to be her conversation partner. Before the proceedings began, I mentioned that I had taken training to be an election judge at the polls and she told me she had sent her absentee ballot to Arizona, her official home in retirement. I was intensely curious to know whether she had voted for Barack Obama or the Republican nominee, her state’s senator, John McCain.

Of course, there was no way I could ask the question directly, so I tried an oblique approach. “I guess you know Senator McCain pretty well,” I ventured. Her response was instantaneous and almost fierce. “I do not,” she declared. “I’ve met him, but I don’t know him. He’s a newcomer to Arizona.” (Unlike Barry Goldwater, born in the Arizona Territory before statehood, John McCain had moved to Arizona following his discharge from the Navy in 1981.)

No one who had just voted for a man for president would describe him in such deflating terms. As she surely intended, without acknowledging my unasked question, she had told me exactly what I wanted to know.

Forty years ago, it was Sandra O’Connor who was a newcomer. Then, for a time, she made the Supreme Court her own. If we can’t recapture that time, at least, on this anniversary, we can remember it.