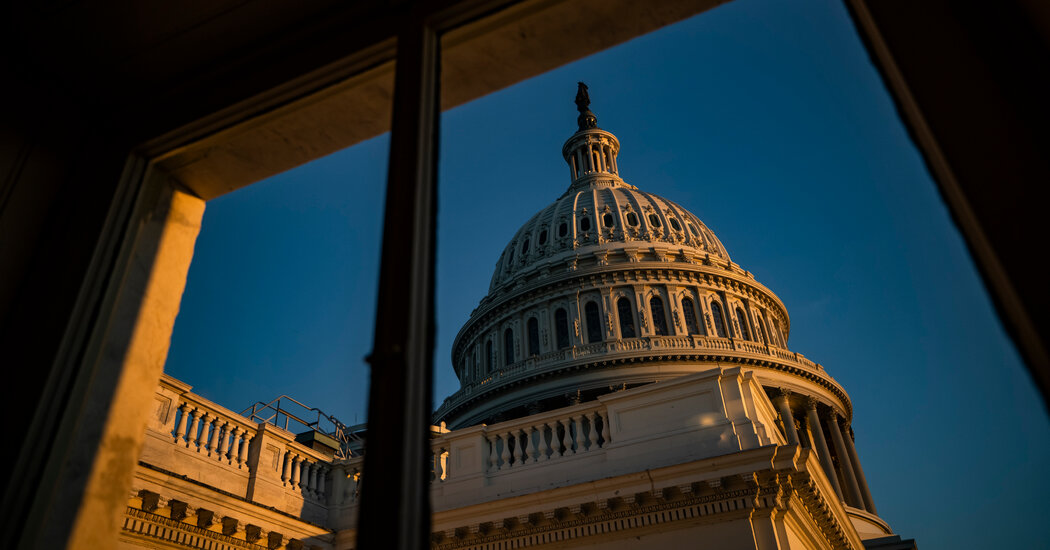 
Despite party control of Congress and the presidency, Democrats are still struggling to enact their agenda. The ballyhooed bipartisan infrastructure deal is stuck in the House, and the sweeping $3.5 trillion reconciliation package has been the source of bitter disputes among party members.

The Biden administration set out with hopes for big, bold change — “transformational” was the word in the winter and into spring. But in autumn, “disarray” is ubiquitous.

We are not surprised that one-party control has not enabled Democrats to swiftly or easily move their agenda. Our research shows that Parties with unified control in Washington routinely fail to enact many of their highest priorities. They are typically forced to accept significant compromises to pass any of their agenda items.

That has been true in every recent case when a party held unified control of government. In 2017, a Republican failure to reach intraparty consensus resulted in a striking collapse — punctuated by John McCain’s thumbs-down — of the party’s efforts to repeal and replace Obamacare. Later that year, Republican leaders had to scale back their visions for tax reform to pass the Tax Cuts and Jobs Act. In 2010, significant disagreements within the Democratic Party undermined and ultimately dashed their plans for a cap-and-trade program to combat climate change. To get the Affordable Care Act across the finish line, many Democrats had to accept a bill that fell short of their aspirations — the failure to establish a public insurance option still stings many liberals.

Why do unified majorities in Washington struggle and often fail to enact their agendas? In our research, we tracked the successes and failures of majority parties in Congress on their policy goals from 1985 through 2018 (265 agenda items in total). The study covers the last several periods of unified party government in Washington — those that occurred during the presidencies of Bill Clinton, George W. Bush, Barack Obama and Donald Trump.

Opinion Debate
Will the Democrats face a midterm wipeout?

We find that parties with unified control in Washington since the Clinton years have struggled for two reasons.

The filibuster explains some of the majority parties’ struggles. Senate rules require most legislation to obtain 60 votes to advance to passage. As a result, minority parties have a chance to either veto or reshape most legislation. Still, even though it’s a constant source of discussion and debate in today’s Washington, we find the filibuster was the cause of only one-third of failed attempts by majority parties to enact their priorities during unified government since 1993.

The second reason is less well appreciated but accounts for the other two-thirds — a large majority — of failures. Both parties have been, and remain, internally divided on many issues. Parties are often able to hide their disagreements by simply not taking up legislation on issues that evoke significant fissures. But when those issues reflect their campaign promises, majority parties will often forge ahead even in the absence of internal consensus on a plan.

Whether Democratic or Republican, the party with unified control in Washington in recent years has failed on one or more of its highest-priority agenda items because of insufficient unity within its own ranks. In 2017, Republicans failed to repeal and replace the Affordable Care Act because of the opposition of three Senate Republicans (Susan Collins, Lisa Murkowski and Mr. McCain). In 2009-10, Democrats failed to enact a cap-and-trade policy because of spats between coastal Democrats and those representing the interior of the country. In 2005, Republicans failed to reform Social Security despite President Bush making it his top domestic legislative priority because of a lack of consensus in the party about how to proceed. In Mr. Clinton’s first term, Democrats were never able to unify behind a single plan to enact comprehensive health care reform despite relatively large majorities in both chambers.

What Democrats are trying to do with their Build Back Better effort today is even more difficult than usual. Congress has rarely tried to pass more than one budget reconciliation bill across a two-year Congress. In March, Democrats used reconciliation to pass the American Rescue Plan on straight party-line votes; there’s no precedent for successfully enacting two such ambitious partisan reconciliation bills within a single year. To pass a second sweeping package with razor-thin majorities should be seen as a long shot. The fact that the party is furiously negotiating a pared-down version suggests how much importance it has attached to its success — for both electoral and policy reasons.

Parties campaign on ambitious policy proposals. But it’s much easier to agree to a campaign plank than to rally behind specific legislation. The devil is in the details. If Democrats somehow avoid large-scale agenda failure and pass both the bipartisan infrastructure bill and a sweeping reconciliation bill, they will have done something rare — they will have outdone all the other recent episodes of single-party control of national government.

James M. Curry, an associate political science professor at the University of Utah, and Frances E. Lee, a professor of politics and public affairs at Princeton, are the authors of “The Limits of Party: Congress and Lawmaking in a Polarized Era.”