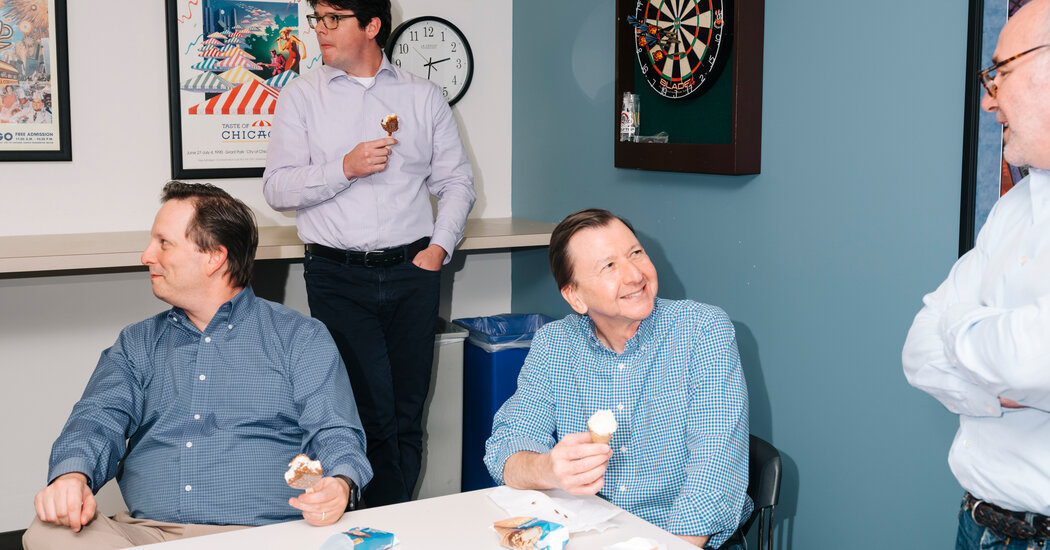 
Ms. Singh, too, appeared to be under more stress. “I came in every day this week,” she said, estimating that she was arriving at work between 8:30 and 9 and staying until 6 or 7. “The hours have been a little longer than I expected.”

But she seemed increasingly committed to the office. “It’s good to have face time, even if it’s with one person,” she told me.

The day before, she had turned in a due-diligence memo to Ms. Sappingfield — an assignment she earned through her tried-and-true method of “being there” — and had to turn around a draft of another, similar memo, which kept her working late into the evening.

The second memo was for a senior associate in Columbus, Ohio, but there was a benefit to working on it from the office, too — call it the seamless availability of help. When she got stuck, she simply went down the hall and asked Ms. Sappingfield to unstick her. Though Ms. Singh could have called the associate she was working with, she was reluctant to play phone tag on a question she needed answered quickly.

In the Chicago office, she could exploit the tiniest opening in a co-worker’s schedule. “I had a call in two minutes,” Ms. Sappingfield said. “If she were to call me rather than walk into my office two minutes before a call, I probably wouldn’t have answered.”

The next week, Ms. Singh showed up all five days. A team including Mr. Boland, who had been brought to the firm to help clients win licenses to produce or dispense cannabis products, asked her to write a memo for a client on marijuana regulations in Illinois. She figured she would get it done from the office, even though it meant trooping in on a Friday, a day most of her colleagues work from home.

“I came in because I knew I had something due,” she said. “Almost no one was here.”