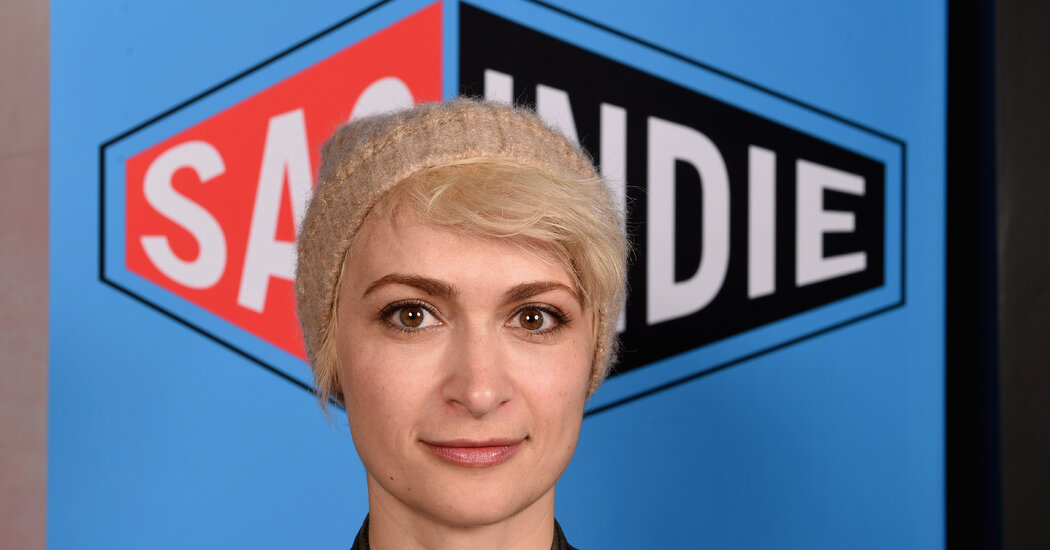 
Shortly before Halyna Hutchins was fatally shot on a film set in the foothills of New Mexico, she smiled at the camera as she recorded herself riding a chestnut horse through the desert brush.

“One of the perks of shooting a western is you get to ride horses on your day off,” Hutchins wrote in an Instagram post this week.

On Thursday, Hutchins, 42, was killed when the actor Alec Baldwin discharged a firearm being used as a prop on the set of “Rust,” a Western about a teenage boy who goes on the run with his grandfather after the accidental killing of a local rancher. Hutchins, the film’s director of photography, died after being flown to the University of New Mexico Hospital in Albuquerque. The film’s director, Joel Souza, was also injured in the shooting.

Friends in Ukraine, where Hutchins is from originally, described her as beautiful and spirited, someone whose talents had propelled her from Ukraine to success in Hollywood but who never forgot her home country. She was proud of her heritage, they said, and returned regularly to visit.

Yana Nestoliy, a friend from college, described her as an ambitious, focused woman with intelligent eyes and a sincere smile.

“She could have been among the top Hollywood stars on camera, not behind it,” Ms. Nestoliy said.

Hutchins grew up on a Soviet military base in the Arctic Circle, where, according to her personal website, she was “surrounded by reindeer and nuclear submarines.” She studied economics at the Agrarian University in Ukraine before switching to a journalism program at Kyiv National University. She later attended the American Film Institute Conservatory in Los Angeles.

Andriy Semenyuk, a friend and fellow Ukrainian cinematographer, said in an interview with Detector Media, a media organization in Ukraine, that even as her career blossomed in Hollywood, she made a point of embracing her Ukrainian background, making an effort to help fellow Ukrainians in California. He called her death a “stupid, shocking loss.”

The Ukrainian Foreign Ministry said on Friday the country’s consulate in Los Angeles was trying to contact Ms. Hutchins’ relatives.

Among filmmakers in the United States, Hutchins was remembered as a skilled cinematographer with an artistic vision who was deeply committed to her work.

Adam Egypt Mortimer, the director of a 2020 superhero action movie “Archenemy,” on which Hutchins worked as director of photography, wrote on Twitter that Hutchins was a “brilliant talent,” pointing to a series of posts he made last year about Hutchins’s work. He had written that Hutchins’s “tastes and sensibility of what is cinematic were a huge asset for executing our style.”

Alec Baldwin discharged a prop firearm on the set of a Western he was making in New Mexico on Thursday, killing the film’s director of photography and wounding the movie’s director, the authorities said.

The cinematographer, Halyna Hutchins, 42, was killed, and the director, Joel Souza, 48, was injured around 1:50 p.m. on the set of “Rust,” said Juan Rios, a spokesman for the Santa Fe County Sheriff’s Office. The circumstances of the shooting are under investigation.

Mr. Rios said the shooting at Bonanza Creek Ranch, in Santa Fe County, happened in the middle of a scene that was either being rehearsed or filmed. He said the sheriff’s office was interviewing people on the set to determine how the two had been shot.

“We’re trying to determine right now how and what type of projectile was used in the firearm,” he said.

Mr. Rios said on Thursday night that the Sheriff’s Office had not filed charges against anyone in connection with the shooting.

The film’s producers and a representative for Mr. Baldwin, 63, did not immediately respond to emails or phone calls on Thursday night.

Director Joel Souza — who was shot Thursday during an incident on the set of Alec Baldwin’s film “Rust” — was released from a hospital in New Mexico late Thursday and is expected to make a full recovery, according to a person with knowledge of his condition.

Mr. Sousa, 48, was rushed to Christus St. Vincent Regional Medical Center after Mr. Baldwin fired a gun used as a prop, which killed the movie’s cinematographer, Halyna Hutchins, according to police.

The person, who works with the production company, requested anonymity because they were not authorized to discuss details of the case publicly.

“Director Joel Souza told me he’s out of hospital,” Frances Fisher, an actress in the movie, wrote on Twitter early Friday, in response to reports that Mr. Souza might have been seriously injured.

The circumstances of the shooting are under investigation.

Mr. Souza, who lives in the San Francisco area, has been a writer or director on six relatively low-budget independent films over the past decade, most recently directing the 2019 movie “Crown Vic,” which followed the story of Los Angeles Police Department officers as they patrolled the city responding to a range of violent incidents.

In a May 2019 interview, Mr. Souza spoke at length about how closely he worked with that film’s director of photography, Thomas Scott Stanton, to to make on-the-fly adjustments when actors improvised.

“I sort of storyboard everything, I’m obsessive about that,” he said, adding that the two of them often threw out their plans “to fly by the seat of our pants.”

His first directorial credit, according to the movie database site IMDB, came in 2017, on a low-budget crime drama, Break Night.

A fatal shooting Thursday on the set of the movie “Rust” killed the film’s cinematographer and wounded the director. Alec Baldwin, one of the starring actors and a producer of the film, fired a weapon used as a prop. The local police agency is still investigating the incident.

Here are some of the outstanding questions: