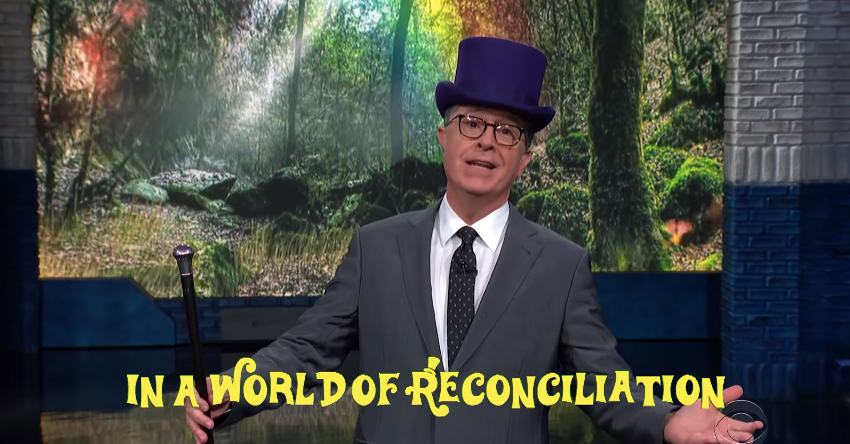 
Welcome to Best of Late Night, a rundown of the previous night’s highlights that lets you sleep — and lets us get paid to watch comedy. Here are the 50 best movies on Netflix right now.

“I hope everyone in America is using protection, because it is very possible that we are all screwed,” Stephen Colbert said on Wednesday night. The “Late Show” host was referring to the potential for a government shutdown and the possibility of the U.S. hitting the debt ceiling. (He also explained the arcane process known as budget reconciliation, putting on a Willy Wonka hat to do so.)

“It would be what one economist called ‘financial Armageddon.’ That’s bad news and even worse timing, because America’s already scheduled a plague Armageddon, a climate Armageddon and a democracy Armageddon.” — STEPHEN COLBERT

“While TikTok has removed 62 million videos in the first three months of this year, it’s nearly impossible to remove every problematic post. It’s like playing TikTok Whac-a-Mole, except the moles believe the vaccines will give you an 11th toe.” — SAMANTHA BEE

The Bits Worth Watching

What We’re Excited About on Thursday Night

Also, Check This Out