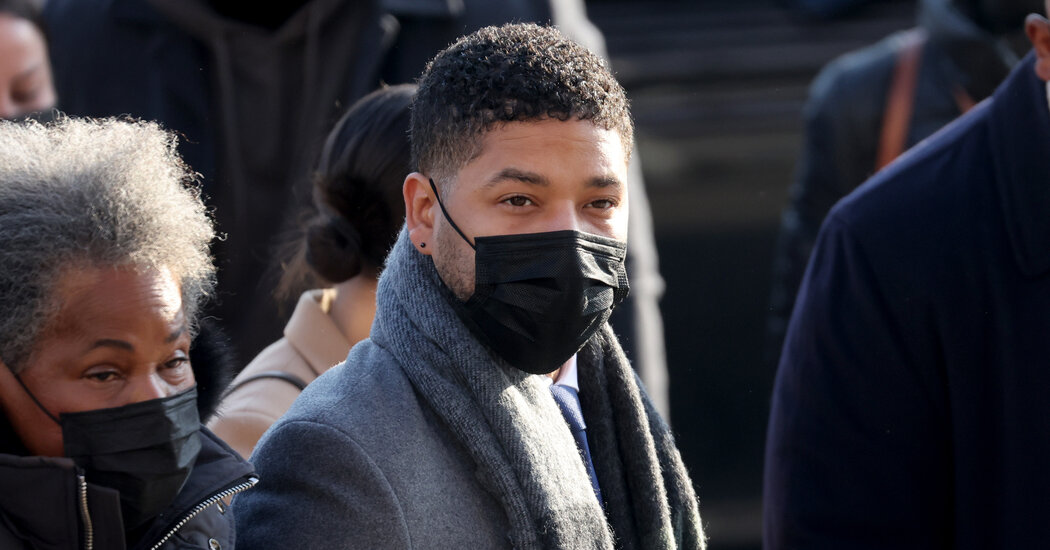 
A jury in Chicago has reached a verdict in the trial over charges that the actor Jussie Smollett lied to the police about being the victim of a racist and homophobic hate crime in 2019.

The New York Times has a reporter in the courtroom and will be filing updates on Thursday as soon as the jury returns to the courtroom to report its decision.

The jury’s deliberations followed six days of testimony, which included Mr. Smollett taking the witness stand for more than seven hours on Monday and Tuesday. He decided to testify to counter a narrative put forward by two brothers who testified that Mr. Smollett directed them to mildly assault him as a publicity stunt.

Mr. Smollett is charged with six counts of disorderly conduct related to what investigators said was his filing of a false police report.

In January 2019, he told the police that he had been returning to his apartment at about 2 a.m. after a late-night run to Subway when he was attacked by two men who beat him up, yelled racist and homophobic slurs at him and put a rope around his neck like a noose.

Less than a month after he made the report, Mr. Smollett himself became a suspect — and was accused of having staged the attack — but he has maintained his innocence throughout, accusing the police of a rush to judgment.