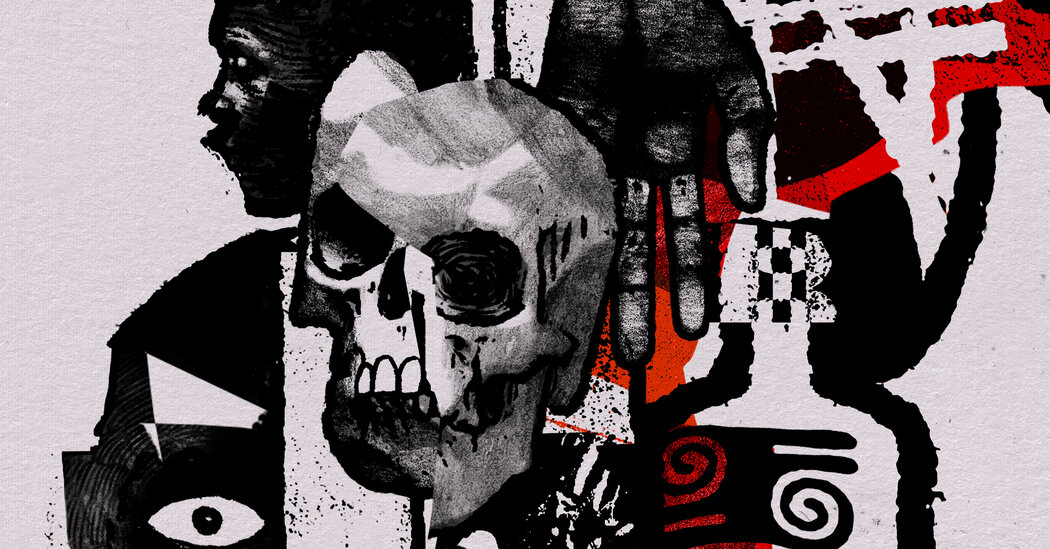 
One such conversation occurs halfway through the book, between the two main characters — Duyole Pitan-Payne, an engineer and bon vivant, and a surgeon named Kighare Menka — whose “ancient” friendship is the most moving story line in the novel. As young students in England, they and two other Nigerians formed the “Gong of Four,” a kind of tongue-in-cheek secret society complete with code language and a common dream: to return to Nigeria and try to give something back to their country — or, in their own words, “Get back and make a difference!” It was an abstract mission, but it took a more concrete shape in Menka’s project to build a hospital in his small, underprivileged hometown. Decades later, one member of the group has disappeared without a trace, another has been in prison for money laundering, and Duyole is leaving the country for New York as a representative to the United Nations.

As for Dr. Menka, he has become an unwilling local celebrity: At a time when terrorism is ravaging the country, with Boko Haram killing hundreds of civilians every month, he has specialized in amputation, operating on the victims of suicide bombings, and has even been awarded a civil distinction for his dedication to those survivors and their wounded bodies. After the most recent atrocity — the murder of an unarmed officer by an angry mob — is reported in the media, Menka comments on how fortunate his friend Duyole is, not having to see these images anymore in America. Although “they have their equivalents over there,” Menka says. “Ask the Black population.” Duyole disagrees: “Not like this. Occasionally, yes, there does erupt a Rodney King scenario. Or a fascistic spree of ‘I can’t breathe.’ America is a product of slave culture, prosperity as the reward for racist cruelty. This is different. This, let me confess, reaches into … a word I would rather avoid but can’t — soul. It challenges the collective notion of soul. Something is broken. Beyond race. Outside color or history. Something has cracked. Can’t be put back together.”

Something has cracked: This fracture is where the novel takes place. On one side of it are the Duyoles and the Menkas, decent human beings trying to expose a criminal enterprise in a corrupt society. On the other side are the powers that be, represented mainly by two men: Papa Davina and Godfrey Danfere. The first is a self-fashioned religious leader who realizes, after several picaresque Moll-Flanders-like failures, that “he had only one commodity on offer — spirituality.” The second is the least interesting of Soyinka’s characters: Mendacious and hypocritical, ambitious but petty to the core, he is a caricature of political power gone awry. Both are disturbing individuals, and their possible involvement in the commerce of body parts is never far from the surface. But they are, simultaneously, the object of constant derision. When Papa Davina builds a site for prophecy, he calls it a “prophesite”; and Sir Goddie is the leader of the “People on the Move Party,” but he never acknowledges the fact that the acronym spells POMP.

What I mean is this: I well understand why Soyinka would have chosen satire as the medium through which to explore the crossroads between corruption, religious fanaticism, endemic resentments and a legacy of colonial divisiveness. Humor is a time-tested defense mechanism. But for all its sarcastic undertones, for all its puns and plays on names, “Chronicles From the Land of the Happiest People on Earth” is a pessimistic novel, the work of a man with none of the illusions suggested, in full irony, by the title. Maybe this explains why the best section of the book has only a casual connection with the often verbose, contrived main intrigue: A Nigerian man has died on Austrian soil, setting into motion a confrontation between several members of his family, who want him to be buried where he died, and Dr. Menka, who wants to bring the body back to Nigeria. The novel seems to change in tone and pace during these chapters: It becomes grave, affecting, oddly intimate. What has happened?

It’s here that Soyinka’s longtime readers will remember the aforementioned memoir, “You Must Set Forth at Dawn,” whose most stirring pages are dedicated to his friendship with Femi Johnson, a Nigerian man who died in Frankfurt, and to Soyinka’s efforts to repatriate his body against the family’s wishes. “Chronicles” virtually reproduces those real events; in them you hear the writer’s voice break free of the demands of genre and the strictures of the intricate argument he has devised. When an undertaker feels close to a doctor because “they both worked on the same material,” you hear Wole Soyinka, the humane intellectual, reflecting on mortality. The fragility, the vulnerability of the human body: Yes, you say, this is what the novel was always about.

Juan Gabriel Vásquez is the author, most recently, of “Songs for the Flames.”

CHRONICLES FROM THE LAND OF THE HAPPIEST PEOPLE ON EARTH
By Wole Soyinka
444 pp. Pantheon Books. $28.