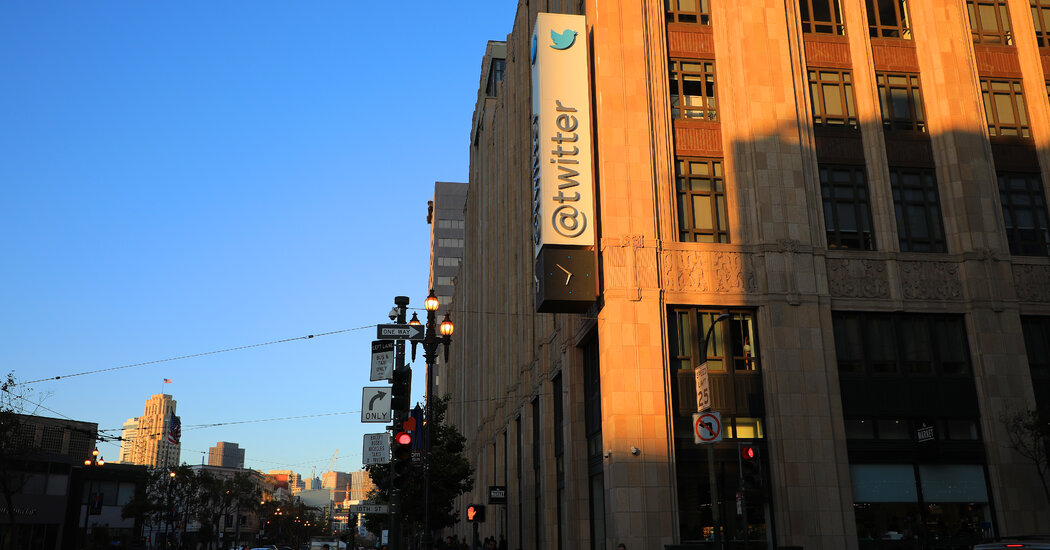 
Twitter said on Tuesday that its revenue for the third quarter rose 37 percent from a year ago to $1.28 billion, adding that it had largely sidestepped the effects from the privacy changes that Apple enacted, which have hurt mobile advertising.

But the social media company swung to a loss of $537 million in the quarter from a profit of $29 million a year earlier, after it paid $809.5 million to settle a 2016 shareholder lawsuit that accused it of misleading investors about its user metrics.

In a letter to shareholders, Twitter said that the fallout from Apple’s changes on its business were less severe than for other companies. This year, Apple released App Tracking Transparency, a pop-up window in iPhone apps that gives people the choice to not be tracked across apps and websites. The move has disrupted companies that relied on the tracking to collect information about users so they could better target ads.

Last week, Snap said in an earnings call that Apple’s changes had caused its revenue to grow more slowly than anticipated. Facebook also said this week that it was retooling some of its advertising systems because of the changes.

But Twitter said the effects of Apple’s changes were more benign for it because its advertisers generally use it for brand awareness campaigns, which rely less on tracking, rather than direct response campaigns, which more closely track users.

“It is still too early for Twitter to assess the long-term impact of Apple’s privacy-related iOS changes,” but the revenue impact for the third quarter was lower than expected, Twitter said in its letter to shareholders.

Twitter’s users follow topics and communities on the service, which can give advertisers a glimpse into their interests, Jack Dorsey, the company’s chief executive, said on an earnings call.

“It gives us a surface area for advertisers who may want to be shown around a particular topic,” Mr. Dorsey said.

Twitter said its number of daily active users who saw ads grew 13 percent in the third quarter to 211 million. Most of that growth came from outside the United States, the company added. Its stock price rose about 3 percent in after-hours trading.

“We continued to drive increased value for our advertisers thanks to revenue product innovation, including progress on our brand and direct response offerings, strong sales execution, and a broad increase in advertiser demand,” Ned Segal, Twitter’s chief financial officer, said in a statement.