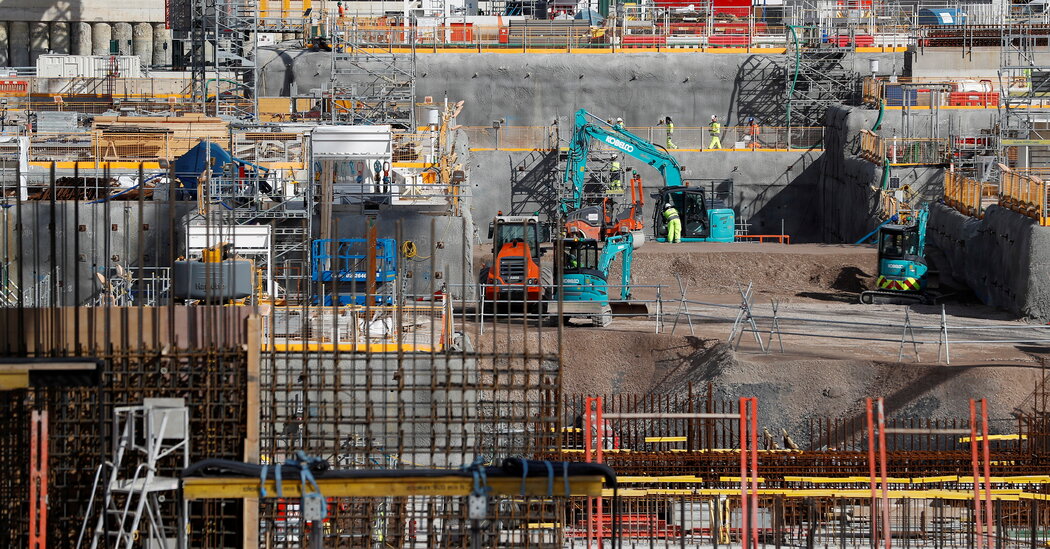 
The British government said on Tuesday that it would introduce legislation enabling a form of financing for nuclear power stations that it hopes will attract investors willing to put up billions of pounds to build new facilities.

The government’s move, which would require consumers to help pay for these plants as they are being built, is expected to provide a green light for a long-delayed new nuclear station northeast of London, estimated to cost £20 billion ($27.5 billion).

The British subsidiary of Électricité de France, the French utility, has done extensive preparatory work on the new facility but had balked at going ahead under the existing financing system, in which developers are required to take on the costs and risks of these hugely expensive projects in return for guaranteed electricity prices once the stations were operating.

EDF said in a statement that the legislation, if approved, would allow the company to move ahead with the project, near a North Sea fishing village called Sizewell, with construction ready to start before the next general election, expected in 2024.

The Sizewell plant would be Britain’s second new facility since the 1990s. EDF is well underway in constructing a plant in southwest England, at Hinkley Point.

Other planned plants, including one led by Hitachi in Wales, have fallen through in recent years, partly because of the inability of the developers to attract financing.

The government has been under growing pressure to build at least one more nuclear facility to replace the aging fleet of eight nuclear plants that generate about 16 percent of the country’s overall electric power. Many of these plants are expected to close in the coming years, leaving the British electricity network short of the steady flow of power that nuclear plants provide. Britain is a leader in renewable energy, with a coastline studded with wind turbines, but solar and wind power are susceptible to clouds and weak breezes.

The recent surge in power prices, caused by a combination of high natural gas prices, low output from wind turbines and the outage of an electrical cable from France, has added to worries that Britain’s spare generation capacity is dangerously thin.

The announcement leaves unanswered questions about whether China will continue to have a role in British nuclear projects. A state-owned company, China General Nuclear, is a minority partner in both the proposed Sizewell plant and the one under construction in Hinkley Point. China General is also seeking regulatory approval to build a plant of its own design outside London, at Bradwell-on-Sea.

In 2015, Britain signed a deal for China to get involved in the country’s nuclear power system. But now concerns have been growing in the government about Chinese companies participating in sensitive infrastructure like nuclear generating stations. And there is concern whether other investors will want to get involved in a project part-owned by China.

The announcement said the change in financing was aimed at encouraging a wider range of private investors and “reducing Britain’s reliance on overseas developers” but makes no mention of how China’s role will be resolved.

Under the new deal, the government says, rate payers will share some of the project’s construction costs through charges on their bills. These levies will be small — less than a pound a month during the long construction phase — and will ultimately save consumers at least £30 billion over the life of a plant because financing costs will be lower, the government said.

A similar financing arrangement was used to built other British projects including a new terminal at Heathrow Airport.

Much will depend, analysts say, on how the regulations governing these arrangements are written and enforced.

The new system “has great potential for lowering costs, provided that a robust regulatory mechanism is in place to ensure that the potential for cost overruns is minimized,” said Vincent C. Zabielski, a London-based special counsel, who works on nuclear issues at Pillsbury, a law firm.